Time’s Up Supporters to Wear Ribbons at 2019 Golden Globes 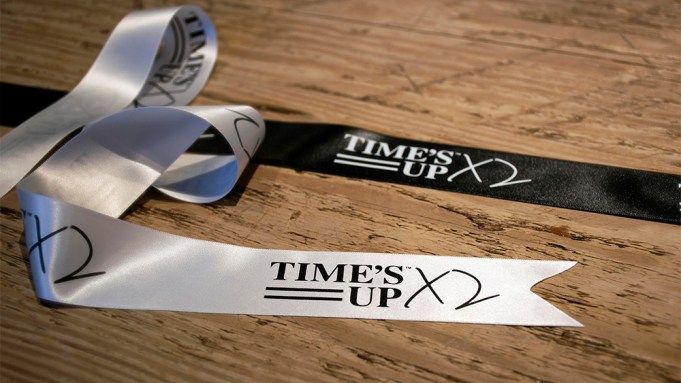 Last year Hollywood transformed the Golden Globes red carpet. As a sign of solidarity against sexual harassment — both in the entertainment industry and in careers across the globe — a large majority of the 2018 Globes attendees wore black.

Waves of black dresses appeared on the camera-lined carpet outside the Beverly Hilton, turning a fashion moment into a fierce movement. The newly formed Times Up group used that megaphone to get their message out and tell everyone #WhyWeWearBlack.

“It’s to show that this issue doesn’t just affect women in Hollywood,” Emma Watson told Variety back in 2018, alongside her date, Marai Larasi, executive director of Imkaan, an organization that strives to prevent violence against marginalized women. “The issue is affecting women everywhere, in every country around the world. It is global, it is systemic, it is structural, and we’re all joining together in that tonight to amplify this message.”

So how will the members and supporters of TimesUp make their mark in 2019?

At Sunday’s Golden Globes ceremony, viewers can expect to see supporters wearing black-and-white ribbons and bands, designed by Hollywood costume designer and stylist Arianne Phillips. The ribbons will symbolize that supporters are tied together in their joint commitment to create safe, fair and dignified workplaces for women of all kinds. They will also be a visual representation of Time’s Up’s new TIMESUPx2 campaign, which is both a nod to year two of the movement and a call to double the number of women of all kinds in leadership positions across all industries.

So far, the Time’s Up Legal Defense Fund has connected nearly 4,000 women and men who have faced sexual assault, harassment or retaliation at work with legal and PR resources. The organization has been vocal in recent months regarding the fate of ousted CBS CEO Leslie Moonves, as well as during the confirmation hearings of Supreme Court Justice Brett Kavanaugh.