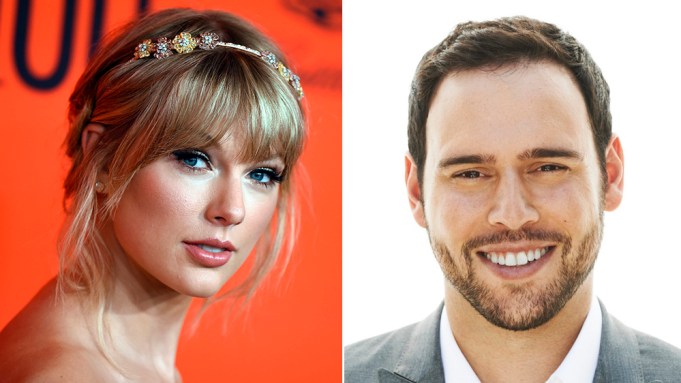 Two days after Taylor Swift fired off the latest salvo in her battle with Scooter Braun, the manager congratulated the singer on the campaign around her “brilliant” new album, “Lover,” which arrived last night.

The message came after Swift said she will be re-recording songs from her first six albums, which are now owned by Braun — a move that could seriously undercut the value of her back catalog and Big Machine Records, the label that released and owns them.

The two haven’t had a contentious relationship until recently when Braun acquired Big Machine in a $300 million deal June, a situation that the singer called her “worst nightmare.” She accused Braun of “manipulative bullying” over the years, and denied Braun and Big Machine founder Scott Borchetta’s claim that she’d been offered the rights to purchase her masters.

She spoke briefly about the situation on “Good Morning America” Thursday. “Something that’s very special to me about this album is it’s the first one that I will own,” she said about “Lover.” Asked by Robin Roberts about re-recording her older material, Swift said, “Yeah that’s true and it’s something I’m very excited about. My contract says starting from November 2020 I can start re-recording albums 1-5. I think artists deserve to own their own work. It’s next year, I’m gonna be busy.”

Considering that her move to re-record her catalog is arguably part of the campaign, Braun’s congratulations take on an extra level of double-meaning.

Swift will perform on SiriusXM later today and will open the MTV VMAs on Monday night.