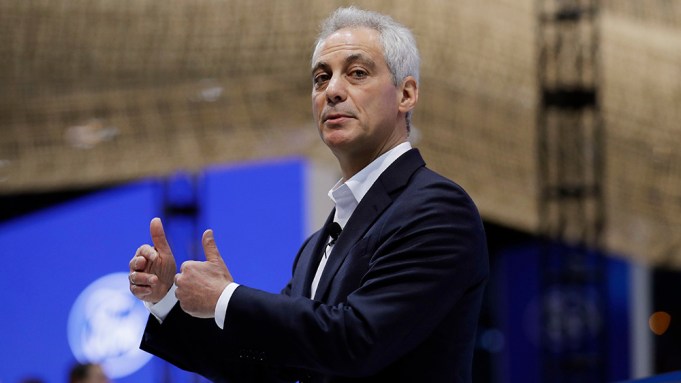 Flanked by Chicago Police Superintendent Eddie Johnson and Kevin Graham, the president of the Chicago police union, the mayor said the decision sends a message that high-profile people will not be held accountable for their actions.

“This is a whitewash of justice,” Emanuel said. “This is a person who has been let off scot-free with no sense of the accountability of the moral and ethical wrong of his actions.”

Johnson said he stands by the investigation, which found that Smollett paid brothers Abel and Ola Osundairo to stage a hate attack against himself on Jan. 29. Smollett claimed that two men poured bleach on him and uttered racial and homophobic slurs.

On Tuesday morning, the Cook County State’s Attorney’s office dismissed 16 charges against Smollett. In exchange, Smollett forfeited a $10,000 bond payment to the city. He was not compelled to admit guilt, and claimed he had been vindicated in a press conference outside the courtroom.

The superintendent argued that if Smollett wants to claim his innocence, he should have gone to trial.

“They chose to hide behind secrecy and broker a deal to circumvent the judicial system,” Johnson said.

Graham said he would ask the Department of Justice to investigate the state’s attorney’s handling of the case. State’s Attorney Kim Foxx had earlier recused herself from the case after having a conversation with one of Smollett’s family members early in the investigation.

“I don’t think justice was done here today,” Graham said, noting that Smollett could still face federal charges if he is found to have sent himself a threatening letter. “We are certainly doubling down on our quest to find justice here.”

Emanuel compared the situation to the elite college admissions scandal, saying the outcome reflects the existence of a two-tier system of justice.

“This sends a clear message if you’re in a position of influence and power you’ll get treated one way and other people will get treated another way,” Emanuel said. “This is wrong.”