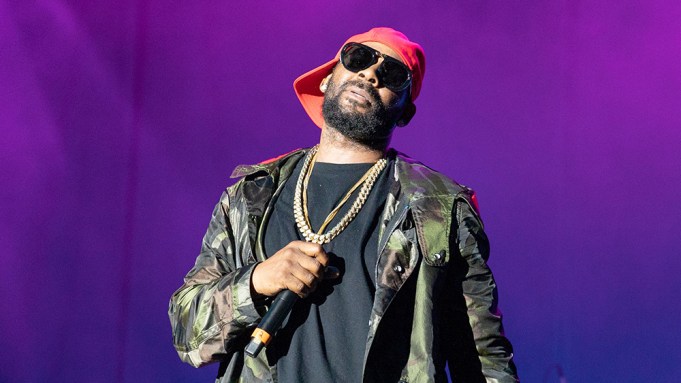 Sony Music has decided to dissolve its working relationship with R. Kelly, Variety has learned.

No external announcement of the move is planned in the immediate future, says a source, who added that the company took its time to wade through the issues “responsibly” and avoid legal ramifications. R. Kelly was removed from the RCA Records website, which lists the label’s signed artists, shortly after 10 a.m. PT on Friday, Jan. 18.

Kelly’s back catalog will remain with RCA/Sony. Kelly’s last release with the label was a Christmas-themed album in 2016, although he has released several songs independently since that time, presumably with Sony’s consent, and Tweeted earlier this year that he has a new album on the way.

Contacted by Variety, reps for both RCA Records and its parent company, Sony Music, declined comment. His current adviser, Don Russell, told Rolling Stone that several record labels are “very interested” in working with Kelly. “We understand RCA’s position: they have to remain transparent for the sake of the other artists that they represent and generate wealth for,” he said. “They’re not in the position of dealing with the kind of stuff that has come about with R. Kelly. He has no issue with RCA. I think he’s outgrown RCA. He’s ready for the next level of life, anyway.” TV journalist Jawn Murray tells Variety that he learned from a Sony Music source that Kelly was informed of the label’s decision to part ways with him last Thursday.

A rep for Live Nation, which formerly promoted Kelly’s tours, told Variety Friday that it has not done so in many years, although it did occasionally do one-off concerts with him via regional promoters, but “not for more than a year.”

Sony’s move comes after years of public calls, and even a petition from members of the #MuteRKelly movement, for the company to part ways with Kelly. Those calls intensified in the wake of Lifetime documentary “Surviving R. Kelly,” in which multiple women accuse him of sexual misconduct. In recent weeks a plane commissioned by the women’s organization UltraViolet and carrying a sign reading “RCA/Sony: Drop Sexual Predator R. Kelly” flew over Sony Music’s Los Angeles offices and a protest was staged outside of Sony’s New York headquarters. But an insider notes that efforts to extricate Sony from its contract with Kelly had been ongoing for several months before and “[the plane] had no influence.”

Allegations of sexually abusive behavior by Kelly toward young women date back more than 20 years. Most infamously, Kelly was charged with child pornography in 2000 after a video surfaced that purported to show him having sex with an underage woman (Kelly was cleared in 2008 after that woman declined to testify against him). In 1995, when he was 27, he briefly married the late singer Aaliyah, who was 15 at the time (in “Surviving R. Kelly” an executive who formerly worked with the singer says he forged Aaliyah’s birth date on the marriage license to say she was 18, and another witness says she saw Kelly and Aaliyah having sex). Just last year, reports of Kelly essentially holding women captive in a “sex cult” were published. Multiple other reports have surfaced over the years.

Through it all, RCA — Kelly’s label home for the entirety of his solo career, both directly and as part of its partnership with Jive Records (which merged with RCA in 2007) — has stood by the singer, primarily, sources tell Variety, because he has never been convicted of a crime and has steadfastly maintained his innocence. Attempts by music companies to construct a morality barometer for artists is a precarious task, as Spotify learned last year when it attempted to ban artists — particularly Kelly — from its playlists based on behavior it vaguely defined as “hateful conduct.” Spotify ended up briefly penalizing two artists — Kelly and rapper XXXTentacion, neither of whom had been convicted of the relevant charges of sexual misconduct — before walking back the policy due to its vague definition and execution.

Entertainment attorney Leslie Frank, a partner of King, Holmes, Paterno & Soriano, told Variety that some major-label contracts have provisions stating that if [an artist is] “convicted of a felony or a crime of moral turpitude, generally speaking it is the label’s right to terminate the contract,” although Kelly has not been convicted of either.

However, whether or not such wording is in a contract, she said, “Any record company — or, really, any party to any contract — can decide they no longer want to be in the contract,” Frank continued. “The question is what can happen as a result of them asserting their desire to terminate the term of the agreement. R. Kelly could sue for damages. If R. Kelly does not want to terminate the agreement and instigates a dispute saying that it’s a breach of contract by RCA, if RCA is concerned about the cost of litigation and how a court might decide, they could try to come to a settlement with R. Kelly.”

However, the outcry that has followed “Surviving R. Kelly” grew so intense that it likely forced the label’s hand.