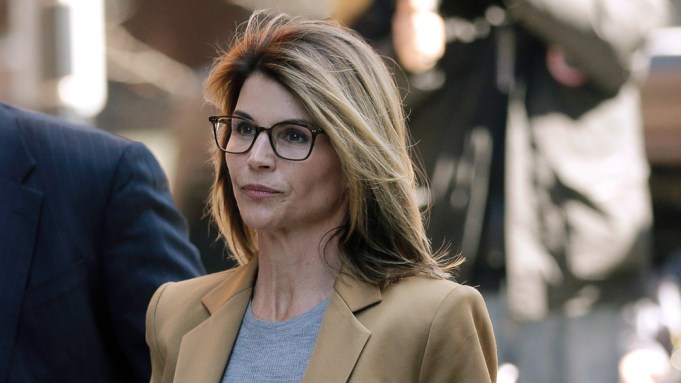 Actress Lori Loughlin and her husband, designer Mossimo Giannulli, were indicted on a charge of conspiring to commit federal programs bribery on Tuesday, in connection with allegations that they paid $500,000 to get their daughters into the University of Southern California.

Loughlin and Giannulli already faced charges of conspiring to commit mail fraud and money laundering. On Tuesday, a federal grand jury returned an indictment against 11 defendants, including Loughlin and Giannulli, adding a new charge alleging that they also bribed their way into USC using fraudulent athletic resumes. The defendants were charged under a federal statute that makes it illegal to commit bribery in connection with a program that receives federal funds, which USC does.

All 11 have previously pleaded not guilty.

“Today’s charges are the result of ongoing investigation in the nationwide college admissions case,” said Andrew Lelling, the U.S. attorney in Boston. “Our goal from the beginning has been to hold the defendants fully accountable for corrupting the college admissions process through cheating, bribery and fraud. The superseding indictments will further that effort.”

The bribery charge carries a potential maximum sentence of 10 years in prison, though it is unlikely that any of the defendants will face a sentence close to that. The parents who have pleaded guilty so far have been sentenced to terms ranging from probation to five months in prison.

Felicity Huffman is currently serving a two-week sentence at the Federal Correctional Institution in Dublin, Calif., a minimum security facility.