Jax Media has emerged during the past few years as one of television’s busiest and buzziest production companies.

The company’s operating principle is simple to state — “We try to make stuff that is indisputably good,” Hernandez explains — but delivering on that is the hard party. By any measure, Jax has been an overachiever who has harnessed the potential of the Peak TV moment to help promising new voices — from Natasha Lyonne to Amy Schumer to Samantha Bee — bring their creative visions to fruition.

The foursome behind the banner behind series ranging from Netflix’s “Russian Doll” and “Living With Yourself,” to TV Land’s “Younger,” TBS’ “Search Party” and Comedy Central’s “Broad City” and “Inside Amy Schumer” to Showtime’s “Desus and Mero” and “Full Frontal With Samantha Bee” will be saluted tonight with Variety’s Creative Leadership Award honoring individuals who have helped foster new voices and innovation in production. The kudo will be presented in New York as party of Variety’s annual New Leaders celebration recognizing up-and-coming talent across the industry.

Hernandez and Skidmore are veteran line producers who, by multiple accounts, are gifted at working out budgets and logistics for production in ways that allow creatives to make the most of limited budgets. Jax’s philosophy is to work closely with creators to find out what they want to do and help them settle on options.

“Tony can read something quickly and tell you how many locations you’ll need and the number you’re going to need to hit,” said Posch. “A line producer a lot of the times will tell you ‘No,’ therefore writers have to kill a scene or change it. Tony is going to tell you ‘Here’s five solutions to get this done.’ “

Hernandez and Burns, who are married, and Skidmore formed the company in 2011. Hernandez and Skidmore came up in the business in the New York indie film world. Hernandez worked with Louis C.K. on the first season of FX’s “Louie,” which gave him insights into managing low-budget series production.

The timing of Jax’s arrival on the scene couldn’t have been better. Posch joined as a partner in early 2018 after working closely with the company during her tenure as a Comedy Central executive and as partner with Amy Poehler in Paper Kite Productions, which spearheaded “Broad City” and “Russian Doll.”

“We set up a sandbox for creators to work in, and almost 100% the writers we work with really respond to this approach,” Skidmore said. “We involve ourself in the writing process to help guide people to understand that things like how one episode is going to have a bunch of speaking parts but another one doesn’t so you can balance out your spending.” 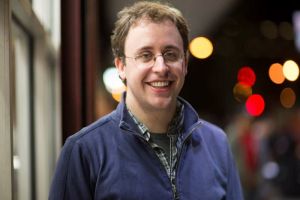 The first two shows to come from Jax Media (the Jax moniker is a hat tip to Hernandez’s son) were Comedy Central’s “Inside Amy Schumer” and “Broad City.” Both were successful and immediately embraced as cool by the creative community.

The one-two punch of showcasing the talents of Schumer and “Broad City’s” Abbi Jacobson and Ilana Glazer became a calling card that led to networks knocking on Jax’s door to handle auteur-driven projects. It also led to an overture from Imagine Entertainment, which acquired the company last year.

“They were the best kept secret,” Imagine co-chairman Brian Grazer said of Jax. “They are so creative and they have amazing taste. We want to optimize their brains and skill sets.”

The company at present is working on expanding into the feature film realm — A24 co-founder John Hodges joined Jax in March to help drive the movie push — and recently opened an office in London.

Perhaps the biggest challenge going forward for Jax is to manage the volume of projects they can take on amid the feverish demand for their services.

“Nothing goes out the door without our eyes on it,” Posch said. “We can never grow bigger than the amount of time that we have to look at cuts.”

Burns echoed that point and added that for all their expansion, the partners feel there’s a tangible benefit to keeping Jax rooted in New York.