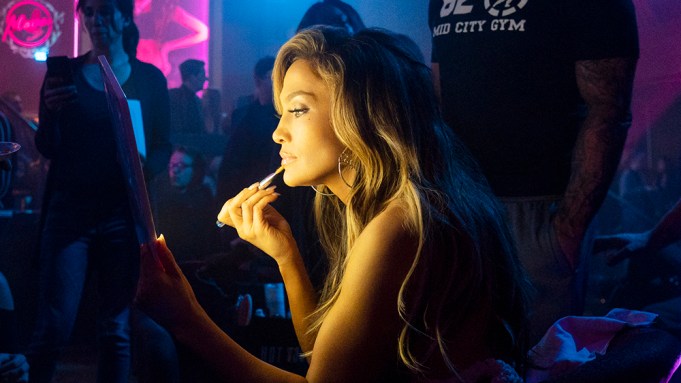 The stripper who inspired Jennifer Lopez’s character Ramona in “Hustlers” is threatening to file suit, saying the producers never paid her for her life story.

Samantha Barbash was the alleged mastermind behind a ring of strippers who drugged their clients and took their credit cards. She pleaded guilty in 2017 and was sentenced to five years of probation. The story of the fraud ring, as told to New York Magazine in 2015, was adapted into “Hustlers,” which scored the biggest opening weekend in STX’s history.

Barbash’s attorney, Bruno Gioffre, sent a letter to STX on Monday protesting the “flagrant violation of her rights,” and threatening to sue if a deal isn’t worked out within 10 days.

In response, STX said it was entitled to make the movie without Barbash’s permission.

“We will defend our right to tell factually based stories based on the public record and look forward to resolving this matter before a judge,” an STX spokesperson said.

The question previously arose in 2017 when Olivia de Havilland sued FX Networks over her depiction in the Ryan Murphy miniseries “Feud.” In that case, a three-judge panel of the 9th Circuit Court of Appeals issued a ringing defense of FX’s First Amendment right to make a fictional film portraying real events.

“Books, films, plays and television shows often portray real people,” the court held in that case. “Whether a person portrayed in one of these expressive works is a world-renowned film star — ‘a living legend’ — or a person no one knows, she or he does not own history. Nor does she or he have the legal right to control, dictate, approve, disapprove, or veto the creator’s portrayal of actual people.”

In 2016, the same appellate court upheld the dismissal of a lawsuit brought by Sgt. Jeffrey Sarver, who contended that he was portrayed in “The Hurt Locker” without his permission. That film was based on a “Playboy” article about Sarver by screenwriter Mark Boal. The court found that the producers had a First Amendment right to “take the raw materials of life — including the stories of real individuals, ordinary or extraordinary — and transform them into art.”

Barbash told TMZ last week that she was defamed by the film’s portrayal of her character’s drug use. She said she rejected the producers’ offer for the rights to her story, saying it was less than the cost of a Hermes bag.

“I wasn’t giving up my TV and film rights… for peanuts,” she said. “J-Lo doesn’t work for free — why would I?”