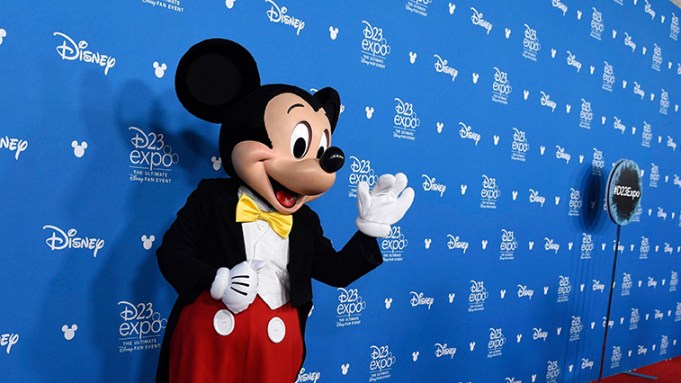 It’s no secret that streaming-video giants like Netflix, Hulu and Amazon have been stealing viewers away from mainstream television. What hasn’t been as easily recognized is that TV networks have been aiding and abetting their rivals in their quest.

For years, NBC, CBS, ABC and their boob-tube competitors have taken in billions of dollars from Netflix, Amazon, Hulu and others to run TV ads that essentially tell TV viewers to stop watching TV, and start watching a streaming-video selection. You’ve seen them during Super Bowls: Ads for Amazon’s “Jack Ryan” or “Hanna,” or an eyebrow-raising spot for HBO’s “Game of Thrones” embedded into a commercial for Anheuser-Busch’s Bud Light. TV’s recent Emmys broadcast on Fox was jammed with commercials for the Netflix launch of “El Camino,” a new movie based on the popular AMC series “Breaking Bad”; the first ad in what is expected to be a massive commercial salvo from Disney Plus; and handfuls of spots for Apple TV’s new “Apple Originals.”

Now Walt Disney Company has suggested the days of letting streaming-video titans run free in TV commercial breaks may be over. The company, which will launch its widely anticipated streaming service next month, has told Netflix it will not run the streamer’s commercials on entertainment networks like ABC, Freeform and FX, according to a person familiar with the matter. Disney will still take Netflix ads on ESPN, this person said. And Disney is telling most streamers that it will not run their commercials unless the company has a broader relationship with Disney that could encompass not just advertising, but such things as distribution or programming, this person added.

Disney declined to make executives available for comment and a Netflix spokesman said the company declined to comment. The Wall Street Journal previously reported Disney’s decision to narrow where Netflix advertising could appear across its portfolio.

The Disney blockade is one of the strongest the company has mounted since the citizens of Auradon used magic to consign the world’s greatest villains to live on the Isle of the Lost in the Disney Channel’s “Descendants” series. But it also spotlights the increasingly complex ties between traditional media companies and their new-tech rivals. Disney and its brethren have long counted on Netflix and Amazon for new revenue streams tied to the sale of old and recent programming. Now that Disney and the other traditional outlets are moving headlong into streaming, the two sides are eyeing each other much more warily.

In months to come, more of the traditional media companies will launch bespoke streaming services. AT&T’s WarnerMedia is poised to unveil HBO Max, while Comcast’s NBCUniversal will launch a service called Peacock. These moves may make some of them think differently about running commercials for services alongside which they are jockeying for subscription money.

Disney’s strategy poses a risk. Streaming video is one of the fastest-growing categories in TV advertising and the company risks losing out on some portion of millions of dollars of ads, which could well go to rival networks. Apple, for example, was very aggressive in the industry’s recent “upfront” ad-sales market, according to a person familiar with the matter, pressing TV networks to make sure they would accept commercials for some of the many new series slated to debut on its own Apple TV service. An Apple spokesperson could not be reached for immediate comment.

Disney could also lose out on millions of “scatter” advertising dollars — ad money committed closer to the air date on which a commercial needs to run — at a time when its reliance on that money is growing. In recent talks with advertisers, Disney in some cases agreed to deals with lower rates than its competitors, according to media buyers and TV executives. Those pacts, with companies like Publicis Media and Horizon Media, called for Disney to get narrower increases in the cost of reaching 1,000 viewers, a measure known as a CPM that is central to annual discussions between U.S. TV networks and Madison Avenue. Those agreements could place more pressure on the company to take in better deals in “scatter.”

The advertising windfall from streaming video certainly helps TV in the short term, but could damage the industry over the longer haul. Viewers of traditional TV see dozens of commercial messages telling them that an alternate entertainment option is “streaming now,” and the ads reinforce the notion that better, more interesting and more daring entertainment is readily available with the toggle of a smart-TV remote. Of course, the networks have good reason to take the spots, too. Many of their own shows are available via streaming video. Disney manages the popular streaming-video hub Hulu.

NBC Universal, CBS, Fox, Viacom and WarnerMedia all continue to run ads from streaming-video outlets, according to people familiar with the arrangements. More often than not, these agreements bar the streamers from using copy in the ads that tell viewers about a specific day and date on which the shows launch or run. Such a policy was first used to deal with ads as more cable networks tried to run commercials on broadcast TV.

TV networks for decades were much more circumspect about taking competitors’ ads. HBO long devoted much of its marketing budget to guerrilla marketing and TV advertising, because ABC, NBC and CBS wouldn’t run many of the commercials it wanted to air for series like “The Sopranos” or “Rome.” In a different era, the broadcast networks wouldn’t air commercials that featured actors who were starring in series that ran on competitors. In 1997, for instance, General Motors’ Cadillac ran an ad featuring actor Dennis Franz as a cop handing out a ticket. At the time, he starred as a police detective on ABC’s “NYPD Blue.” CBS and NBC rejected the spot.