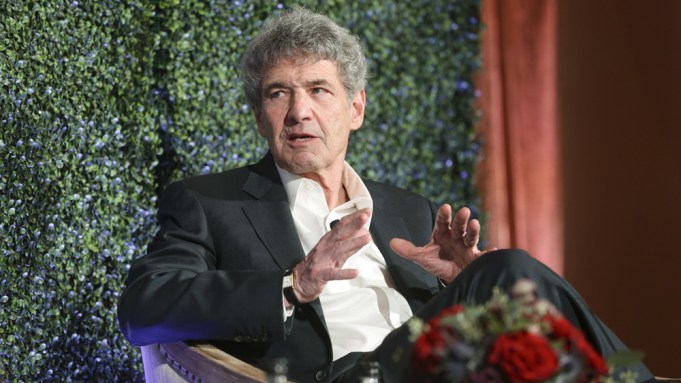 It has been more than a month since Martin Scorsese compared Marvel movies to theme park rides and questioned their cinematic credentials, but the conversation started by his comments continues. Walt Disney Studios co-chairman and chief creative officer Alan Horn, who considers Scorsese a friend after working with him on “The Departed,” weighed in on the subject Wednesday at the Variety Business Managers Breakfast presented by City National Bank at the Montage Beverly Hills.

“This is America — anybody can say what he or she chooses to say,” Horn began. “If we are going to define the term motion picture, I would say we are certainly making them….when the director yells action people move around. To me…it’s a movie.”

Horn went on to address multiple big issues related to the media conglom, including yesterday’s launch of Disney Plus, which the company claimed Wednesday has accumulated 10 million subscribers in a single day.

Disney Plus is already heavily engaged in adapting many of Disney’s biggest film properties for the platform, including several Marvel live action series, and a trio of “Star Wars,” projects. Horn was asked by Variety editor-in-chief Claudia Eller whether the reverse process could ever take place — whether Disney Plus projects might one day spawn theatrical releases.

In response, Horn revealed that a feature based on Disney Plus’ tentpole original series and “Star Wars” spinoff “The Mandalorian,” for instance, might not be out of the question.

“‘The Mandalorian’ is already proving to be a big thing, so if that series proves to be so compelling that we reverse engineer it into a theatrical release, a two-hour film or whatever, O.K.,” Horn said.

Speaking of theatrical releases, Horn was also quizzed on the threat that launching big features like “Lady and the Tramp” on streaming might pose to the theatrical business.

Horn admitted that releasing features purely via streaming will indeed “put certain pressures on the exhibition community,” but that Disney itself made the decision to leap into the streaming game partly as a “response to our own pressures.”

Addressing Disney’s acquisition this year of 21st Century Fox and the string of box office flops that the Disney inherited as a result, Horn said the company was “disappointed with the results” of films such as “The Art of Racing in the Rain” and “Stuber,” among others, but noted it is the nature of the film business that sometimes movies don’t catch traction with audiences.

Horn said the immediate priority after the merger was to assure 20th Century Fox Studios and Fox Searchlight that their brands were not going to be “Disneyfied”; that they could continue making “all the R-rated and Oscar-winning movies they wanted.”

Partly as a result of the merger, many in the biz are leveling monopolistic accusations Disney’s way. Horn addressed concerns that Disney has an unhealthy slice of the entertainment pie.

“We do have an outsized share of the market for sure, that’s because people get up, go to the theater, pay their money and watch our movies,” Horn said. “I think, for me, I can’t apologize for the collective market share we enjoy. I know we enjoy a huge segment of the market share available, but I don’t want to apologize for it. I think our films are very different from one another, but it’s fair to say, ‘Gee whizz, these guys and ladies enjoy a very hefty percentage of the box office.’ But that falls outside of my job description, my job is the shepherd the making of these movies as best I can.”

Looking at the industry through a wider lens, Horn said that in his “long time” working in the business, he has never seen the it in such a state of “upheaval,” with so much “rearranging and redefining” taking place.

The key to keeping on top of things at a giant like Disney as things change around him? “Wearing many hats” and “relentlessly pursuing excellence,” he added.

“The importance of delivering a really good film, a really good piece of entertainment is greater than it ever has been,” said Horn. “There are no issues too small for me, I correct the grammar on scripts. It’s really important to be on it. You can’t phone anything in anymore.”

During his speech, Tanner talked about the creative advice he has given his clients including over the years, in addition to his financial help.

“Years ago, Aaron Sorkin called me on the phone and said, ‘You’re not going to like to hear this, but I’m going to do a play,’ and already I was nervous because a play to business managers is a dirty word,” Tanner joked. “I hate to tell you the advice I gave him, but thank God he didn’t take it.”

He was introduced by director, screenwriter and actor Tom Patchett, best known for co-creating the NBC sitcom “Alf,” who took a selfie with the crowd and joked about being Tanner’s oldest friend and client.