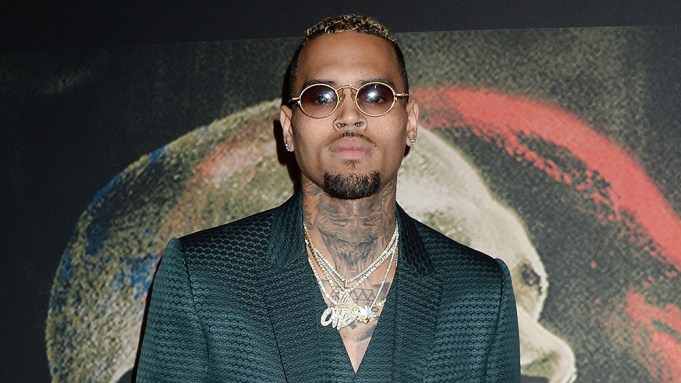 RCA Records revealed Friday it has signed a new deal with Chris Brown, who pleaded guilty to a 2009 assault against his former girlfriend Rihanna and has been involved in multiple other violent incidents. The curiously timed announcement arrived during the airing of “Surviving R. Kelly,” a three-part Lifetime documentary in which multiple women accuse the singer, who is also a longtime RCA recording artist, of sexual assault and misconduct.

The Brown announcement amplifies criticism of the Sony Music-owned label. The longstanding accusations against Kelly have led to calls for RCA to sever its relationship with the singer, who married the late singer Aaliyah when she was 15 years old (the marriage was quickly annulled) and has been accused of sexual misconduct — including a widely publicized 2000 child pornography charge of which he was ultimately acquitted — by multiple women dating back more than 20 years. The documentary has reignited calls for the label to sever its relationship with Kelly, particularly from the #MuteRKelly online campaign.

However, Kelly has not been found guilty of any crimes, and Spotify’s 2018 attempt to penalize the singer — by removing his music from playlists as part of a vaguely defined housecleaning against “hateful conduct” — illuminated the potential pitfalls in attempting to enact such a morality-based policy. Spotify announced it was walking back the program just days after it was announced.

While dropping an artist before the completion of their contract can be a complicated matter — as Variety detailed in this interview with a prominent music-business attorney — a label’s decision to sign a new agreement is less so. Brown has been involved in multiple violent incidents over the past decade, beginning with the February 2009 assault on Rihanna — to which he pleaded guilty and was sentenced to five years’ probation and 1,400 hours of community service and counseling — and both she and former girlfriend Karrueche Tran took out restraining orders against him. Not only labelmates, Kelly and Brown have been friends since Brown’s early teens. In 2013, Kelly called him “the new king of R&B,” and said in a live Q&A that year that among his peers, Brown was the one he most respected.

The announcement of Brown’s new licensing deal with RCA — which follows the completion of Brown’s previous deal with the label, and came accompanied by a new single and said the singer’s ninth album, “Indigo,” is due later this year — stated that it “not only extends the successful, intensely creative relationship between him and his partners at RCA, but allows Brown to become one of the youngest recording artists to ever own any of his master recordings. This new deal structure between Brown and RCA Records will undoubtedly enhance the release of new Chris Brown music, content and much more throughout 2019 and beyond.”

However, the deal does keep Brown at a distance from the label: It is an exclusive licensing agreement with Chris Brown Entertainment, LLC, that is presumably subject to less-binding terms than if the singer were signed directly to RCA. Reps for RCA did not immediately respond to Variety’s requests for comment.

However, the Rihanna assault is one of multiple violent incidents in which the 29-year-old singer has been complicit as an adult. In 2012, his and Drake’s entourages were involved in a brawl in a New York nightclub in which eight people were injured. Also that year, Brown attended a party (dressed as an Islamic terrorist) where Rihanna was present, in violation of the restraining order she’d taken against him after the assault; separately, he threw a chair at a large window in a fit of anger after an interview on “Good Morning America” after interviewer Robin Roberts asked him about the incident.

The following year, he was arrested for felony assault in Washington D.C. after he and his bodyguard were involved in an altercation with two men outside a hotel, although the charge was later reduced to a misdemeanor; he spent 36 hours in jail. Also that year, he and his entourage were involved in an incident with singer Frank Ocean in Los Angeles in which a member of Brown’s entourage allegedly punched and threatened Ocean, although no charges were brought; also in 2013, Brown’s probation was revoked after an alleged hit-and-run incident in Los Angeles. In October he entered a rehab facility but was ejected for violent behavior; the following month he was sentenced to three months at an anger-management treatment center.

The following March, he was arrested after being ejected from a facility where a judge had ordered him to remain after his 90-day treatment. In May was sent to jail and later sentenced to 131 days for probation violation; he was given an early release on June 2, 2014 but remained on probation.

The following January, his probation was revoked after he violated its terms by traveling outside Los Angeles county to for a private performance at a nightclub, where a fight during the performance resulted in gunfire and five people were shot.

In June of 2016, he was sued by former manager Michael Guirguis on charges of assault and battery, and in August of 2016, he was arrested on suspicion of assault with a deadly weapon after a woman called police and said he had threatened her. An hours-long standoff with police ensued; Brown was arrested and released on $250,000 bail.

In April of 2017, he was accused of punching a photographer, although charges were not brought against him. In June of 2017, a judge granted his former girlfriend Karrueche Tran a restraining order against Brown after she alleged that he texted her violent threats.

In July of last year, Brown was arrested in West Palm Beach, Fla. on a felony battery warrant, according to multiple news reports. The singer was led offstage in handcuffs at the Coral Sky Amphitheatre in West Palm Beach at around 11 p.m., according to the Tampa Bay Times. He was booked and released less than an hour later after posting $2,000 bail.

The video for Brown’s new single “Undecided” has logged more than 7.5 million views on YouTube since it debuted on Jan. 4.