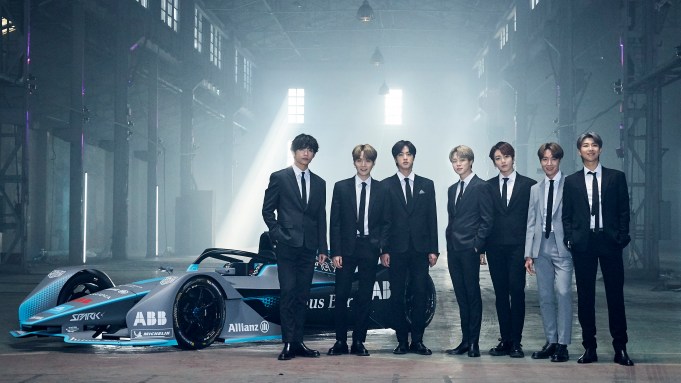 BTS and the ABB FIA Formula E Championship electric street-racing series today announced they are joining forces to help promote the benefits of electric vehicles and the role they can play in combating climate change. The group is teaming up with Formula E as a global ambassador, using their platform in an effort to shine a light on social issues, such as addressing air pollution.

According to the announcement, “With air pollution presenting the single largest environmental risk to human health today and causing more deaths each year than smoking cigarettes (according to the World Health Organization), both Formula E and BTS hope to inspire the next generation and millions of young fans to embrace clean energy and become future drivers of electric vehicles.”

“We are delighted to announce BTS as a global ambassador of the ABB FIA Formula E Championship,” said Jamie Reigle, Chief Executive Officer of Formula E. “BTS has cultivated an engaged fan base that is highly passionate about social issues and we share a common desire to raise awareness of the threat of climate change.

“In partnering with BTS,” he continued, “we will amplify our purpose of accelerating the adoption of electric vehicles to a global youth audience. Leonardo DiCaprio, Diane Kruger, Orlando Bloom and others have joined us at previous E-Prix races, and we look forward to working with BTS to continue to promote sustainability and the electric movement. We are extremely happy to collaborate with RM, Jin, SUGA, j-hope, Jimin, V and Jung Kook to catalyze a move towards a cleaner future, faster.”