Blackpink: Everything You Need to Know About the K-Pop Sensations 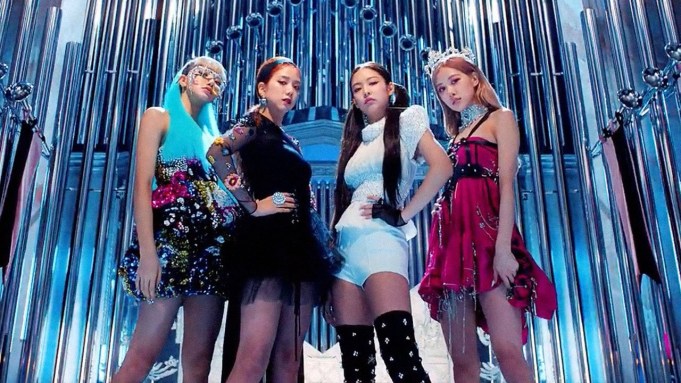 The success of Korean superstars BTS has paved the way for multiple K-pop acts to try their chances in the U.S. — but few will be making their U.S. concert debut with as much panache as Blackpink.

This and next weekend, the quartet will be the first K-pop girl group to perform at Coachella Valley Music and Arts Festival. The group have prominent second-line billing alongside Janelle Monae and The 1975  — and their set will be live-streamed in New York’s TImes Square at 11:30 p.m. ET.

Once they’re done with Coachella, they’ll head straight into the North American segment of their “In Your Area” world tour, which bypasses intimate clubs for arenas.

It’s a daring and auspicious Stateside launch, but Blackpink has the numbers to back it up. Along with their millions of fans — known as “Blinks” — the group has become known for setting records and then breaking them. “Kill This Love,” the title track from their latest EP, topped their 2018 hit, “Ddu-Du Ddu-Du,” to become the biggest premiere of all time on YouTube, with peak concurrents reaching over 979,000. It’s the most-viewed music video debut in YouTube history, earning 56.7 million views in its first 24 hours, according to a spokesperson for the platform. “Kill This Love” also is ranked as the fastest music video to hit 100 million views, reaching the milestone in less than three days.

Last fall, the group signed with the Universal Music Group powerhouse Interscope Records for representation outside of Asia; they are managed by the sprawling Seoul-based YG Entertainment, which handles multiple music artists as well as actors, along with several ancillary businesses.

Blackpink made its U.S. television debut in February, performing on “The Late Show with Stephen Colbert,” followed by an appearance on “Good Morning America.” Colbert’s team was so taken with group that the show’s Twitter account proclaimed themselves to be Blackpink stans.

And like most K-pop acts, the group has been trained and groomed for stardom since they were young teenagers; the countless hours of practice shows in their performances, in which they segue seamlessly from ballads to rap while dancing perfectly in sync.

MEET THE GROUP:
Although based in Seoul, the young women have multi-cultural backgrounds and between them speak English, Chinese, Japanese and Thai along with Korean.

Jisoo (Jisoo Kim): At 24, she’s the eldest member of the group. Prior to making her Blackpink debut, she appeared in commercials with top actor Lee Min-ho (“Boys Over Flowers”) and was featured in Epik High’s music videos for “Spoiler” and “Happy Ending.” Her appearances on the Korean variety series “Running Man” helped garner the show some of its all-time highest ratings.

Jennie (Jennie Kim): Known for her love of designer clothes almost as much as her fierce rapping style, Jennie was the first group member to release a solo track called … “SOLO.” Though rap is her forte, Jennie has been known to croon “Can’t Take My Eyes Off of You.” (https://www.youtube.com/watch?v=isz2cBO_e4M). During her pre-debut years, she starred alongside G-Dragon in his music video for “THAT XX.” Having lived and studied in New Zealand, she’s fluent in English.

Rosé (Roseanne Park): Born in New Zealand and raised in Australia, Rosé has said that she moved to South Korea to fulfill her dreams of having a singing career. She is recognized as Blackpink’s main vocalist. Previously she was a contestant on “The King of Mask Singer,” the Korean singing contest that spawned Fox’s “Masked Singer.” She also collaborated with her YG labelmate G-Dragon on “Without You.”

Lisa (Lalisa Manoban): The only non-Korean member of Blackpink, Lisa was born and raised in Thailand and moved to Seoul as a middle-school student. At 22, Lisa is the youngest member of the group and judging by social media, the most popular: With more than 17 million followers on Instagram, Lisa has the largest following among all female K-pop artists.

PREDECESSORS:
Blackpink isn’t the first K-Pop girl group to enter the U.S. market. The Wonder Girls’ English version of “Nobody” peaked at No. 76 on the Billboard Hot 100 in 2009, and the group toured with the Jonas Brothers. Their performances on “The Wendy Williams Show” and “So You Think You Can Dance” were critically well received, although the group was not a success Stateside.

Three years later, Girls’ Generation — one of K-Pop’s most famous groups at the time, regardless of gender — performed “The Boys” on “The Late Show with David Letterman” and “Live! With Kelly,” where guest host Howie Mandel awkwardly complimented some of the American-born and -raised members on their English-speaking skills.