America Ferrera, Eva Longoria and More Sign Letter to Latinx Community: ‘We Will Not Be Broken’ 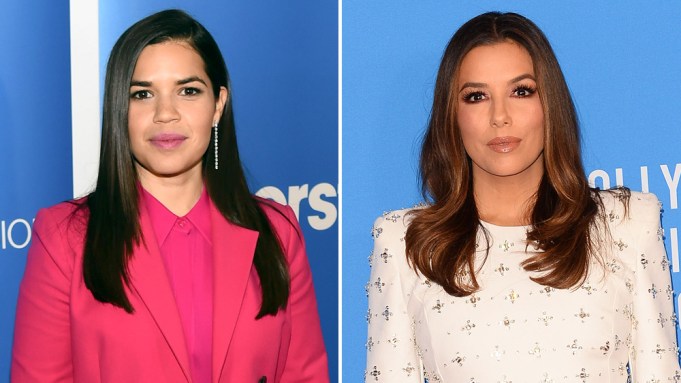 America Ferrera, Eva Longoria and more have signed a letter published in several media outlets on Friday standing in solidarity with the Latinx community. In response to the heightened tension surrounding President Trump’s immigration agenda, the El Paso shooting that targeted Latinx people and the ICE raids in Mississippi, the letter addresses the language used to push the border wall and calls allies to action in the hopes of building a strengthened community.

“We have been separated from our families and have watched our children caged,” the letter begins. “We have been targeted with mass shootings and mass ICE raids meant to terrify us, squash our hope, and break our spirits.”

“We will not be broken,” the letter goes on to say. “We will not be silenced. We will continue to denounce any hateful and inhumane treatment of our community. We will demand dignity and justice.”

In a statement about the release of the letter, actress and producer Eva Longoria said, “We’re facing a moral crisis in our country, and we chose to use this moment to raise our voices, and speak up. Integrity starts with looking in the mirror and this letter calls on everyone, not just our community, to choose humanity and decency over hate and violence.”

The stars also call for allies to take a stand and assist the community, writing in the letter, “We call on you to speak out loudly against hate, to contribute your resources to organizations that support our community, and to hold our leaders accountable.”

In Trump’s most recent move on immigration reform, his administration announced a new regulation making it easier to reject green card and visa applications, limiting the number of legal immigrants allowed to enter and stay in the U.S.

“As a Latina, my heart breaks with every attack on our dignity, humanity and lives. And as an American, I fear for the future of my country when our culture and policies lack a basic decency and respect for human life,” said actress America Ferrera in a statement. “We all have a responsibility to show up in this moment and demand decency for one another and for our country.”