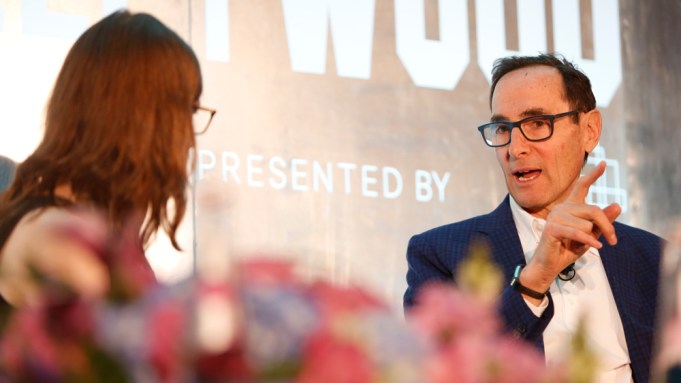 From “Breaking Bad” to “The Walking Dead,” AMC is known for turning unlikely scripts into runaway success stories. AMC Networks president and CEO Josh Sapan told the audience of Variety’s Silicon Valleywood presented by PwC in Menlo Park, Calif., that the secret to these blockbusters is taking creative risk, and not analytics and data science.

“The analytics related to consumption are wildly abundant and available,” Sapan said on Tuesday. AMC is running a number of streaming services these days, and Sapan said he was able to walk to people in his office, look over their shoulder and see what consumers were doing by the second. But all the data in the world doesn’t help make great TV shows, he argued: “You can’t science your way to great stories.”

That’s not to say that AMC is run by luddites. Having access to data was “not an option” but “an absolute imperative,” Sapan said. AMC uses this data as it figures out how to extract the most money possible out of its shows, and fine-tunes its windows and distribution channels.

“We used to be a cable channel company,” Sapan said. “We are now a content company.” And part of being a content company in the age of streaming was to perfect its windowing strategies, which include working with streaming giants like Netflix and Hulu. Sapan cited “Halt and Catch Fire” as one example for a show that has been doing well on Netflix after its initial run on AMC, and is scheduled to return to AMC within the next 24 months.

Sapan said AMC wasn’t just using technology to fine-tune its distribution models, but also to tweak its marketing, calling the traditional ways of spending big bucks “old and expensive.” Instead, AMC is increasingly looking to use word of mouth to market shows, and enlist fans as its agents to spread the word. “The rules have changed,” Sapan said. “The model has changed for how to make something a big deal.”