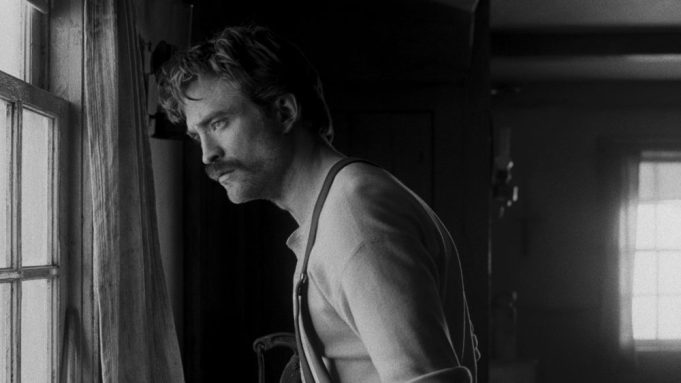 In his latest film, “The Lighthouse,” director Robert Eggers shot the film in black and white in a 1.19:1 aspect ratio. The film tells the story of lighthouse keepers (played by Robert Pattinson and Willem Dafoe) who end up stranded on a remote island after violent storms trap them. The duo start to lose their sanity and as Eggers says, “Something about black and white was going to bring the story to life and to a new level.”

Dafoe adds, “The choice of black and white and aspect ratio informed everything we did.” He continues, “The visual language was so specific, you can’t separate character from the location.”

Craig Lathrop, the film’s production designer, searched for the perfect lighthouse location and eventually found one in Australia, but due to the weight, realized it was better to build it from scratch. Lathrop ended up building the 7-foot lighthouse tower and the keeper’s cottage. Pattinson says, “The set was so particular, you could stand there and know exactly what world you’re in. Robert is so meticulous with design.” Regarding the storms that batter the island, Pattinson says it was, “either raining or we had a rain machine — for three months.”

“I really like to be as authentic to the period as I can.” Eggers adds.