How ‘Game of Thrones” Locations Have Expanded With the Series 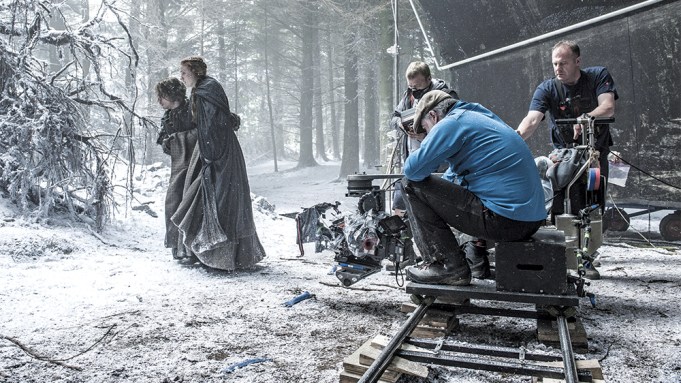 When the eighth and final season of HBO’s “Game of Thrones” debuts on April 14, the show’s millions of followers will once again be transported to the exotic lands and sweeping landscapes where the saga is set. From King’s Landing to The Wall, stunning locations have been woven into the fabric of “Thrones” since its first shoot in 2010 (for a 2011 air date), before “the whole show developed into something that nobody knew yet,” recalls producer Christopher Newman.

Newman, who started as a line producer before becoming co-producer and producer on the show, was in those days just “the guy planning it all in terms of locations — [where] you could afford to go.” Even then, there was always an expectation of doing King’s Landing exteriors in a real medieval city. In Season 1, that was the walled city of Mdina, in Malta. In Season 2, which required a bigger King’s Landing, it became Dubrovnick, in Croatia.

“By Season 3 [the show had] turned into an absolute juggernaut,” notes the series’ Northern Ireland location manager Robert Boake. “And we grew with it. We’re talking huge lighting rigs: big cranes on sites in muddy fields. We got involved in civil engineering questions — building bridges over lagoons, laying road and trackway.”

For Season 3, production to represent the cities Astapor and Yunkai in Slaver’s Bay moved to Morocco. By Season 5, those locations moved to Spain, filming in Seville’s Alcázar Palace. By then the production was shooting in four countries simultaneously: Northern Ireland, Croatia, Iceland and Spain.

Northern Ireland, or course, has always been the home base for “Game of Thrones,” chosen for the stages in Belfast’s Paint Hall (now Titanic Studios), which “had tremendous height for the scale of our show,” says HBO senior VP of physical production Janet Graham-Borba, who adds that the location offers unspoiled landscapes and the cooperation of film agency Northern Ireland Screen.

In Season 2, producer Bernadette Caulfield came on board, and showrunners David Benioff and D.B. Weiss gave Newman free rein to go to Iceland. Weiss sent back photos and told them: “North of The Wall is in Iceland, because it’s just unlike anything you’ve seen before.” By Season 6, “the ambition for both Bernie [Caulfield] and myself was never to say that’s impossible,” Newman adds.

Iceland, along with Northern Ireland, has remained a location for the series ever since. Lavish helicopter shots off the nation’s coast were used for the heart-pounding Season 7 finale when the Ice Wall comes down.

In Season 8, by virtue of the way things went in 7, says Newman, viewers already know how battlegrounds and landscapes will be drawn up as the Army of the Dead marches south. King’s Landing will be playing a major part again, but this time, he reveals, “we knew that no historical city could agree for us to shoot in it with what the script would call for.” So the show built replicas of Dubrovnik in Belfast.

Due to the massive scale of the set-pieces in Season 8, “only Northern Ireland and a little bit of Iceland were physically trodden on by a camera crew,” explains Newman. He and Caulfield said to themselves, “OK, what’s the best way to do this. We’re not going to take the set to Iceland, so we’re going to have to bring Iceland to [Belfast].”

In the end, Newman says, the most important thing when you have 400 to 500 people and 60 horses every night is to have a “robust location that you can maintain.”