Continue to Variety SKIP AD
You will be redirected back to your article in seconds
Nov 15, 2019 9:07am PT 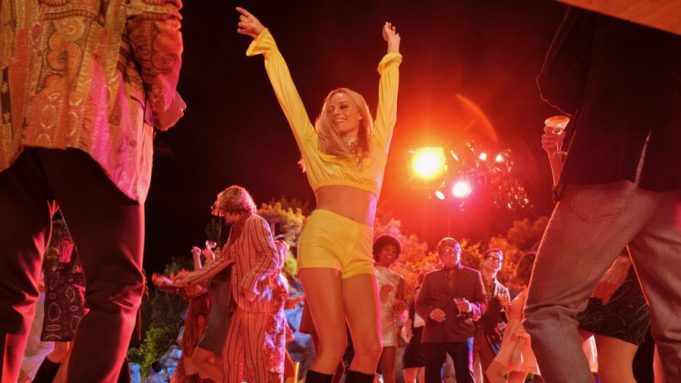 Margot Robbie and Leonardo DiCaprio rave about “Once Upon a Time in Hollywood” costume designer Arianne Phillips in a new featurette obtained exclusively by Variety.

“She’s so incredible. She contextualizes the time period and people really will be transported into what fashion was like in the ’60s,” Robbie says.

“I was blown away by the costumes of this movie,” DiCaprio adds.

Phillips eyes a third Oscar nomination for her costuming on Quentin Tarantino’s hit “Once Upon a Time in Hollywood.” Phillips, who worked with Madonna for two decades, collaborated with Tom Ford on both his movies.

Phillips says being a costume designer is like “being a character detective.” The costumes “are the visual clues that help move the characters along.”

For “Once Upon a Time in Hollywood,” Phillips was tasked with costuming DiCaprio, Robbie and Brad Pitt, transporting the cast and audience back to Los Angeles 1969.

Phillips, who worked on 22 costume changes for DiCaprio, says, “We have Rick Dalton’s costumes when he’s playing certain parts. We have Rick Dalton the man. We had a lot of opportunities to create this visual vocabulary. … We see Leonardo DiCaprio in a way we’ve never seen him before.”

“We looked at what the people wore and created our own look,” she added. “From Steve McQueen to Mama Cass, we had these opportunities and cultural icons in terms of our pop-culture language.”

“We had all these characters that were inspired by some visual reference that Quentin Tarantino shared with me. That was really fun,” she says.

“Once Upon a Time…in Hollywood” is available on digital November 26 and 4K Ultra HD, Blu-ray and DVD December 10