How ‘Klaus’ Composer Created the Score for Netflix’s Animated Film 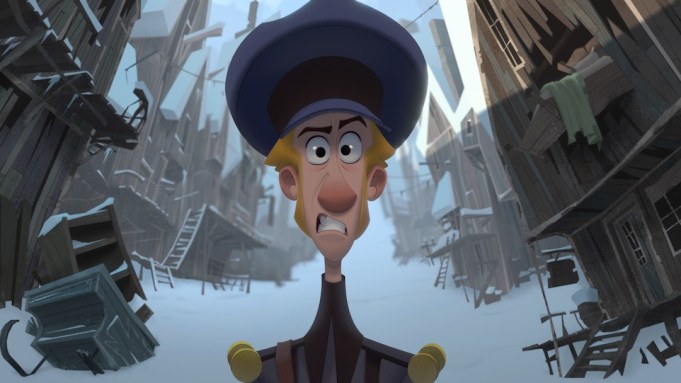 Netflix’s “Klaus” tells the story of a spoiled young boy named Jesper who is sent to the town of Smeerensburg to work.

Jesper hates it there until he meets Mr. Klaus. As the two strike up a friendship, Jesper’s outlook on life begins to slowly change.

Composer Alfonso G. Aguilar shared a clip from inside the studio as he built the film’s score. Aguilar worked on the score with director Sergio Pablos for over five years. Since part of Jesper’s punishment is that he has to stamp 6,000 letters at the post office before he can come home, that needed to be the movie’s main theme.

“We wanted the music to be as good as the 2D animation. We wanted to make something that looked and sounded distinguishable,” Aguilar explains.

From the moment the audience hears the “Klaus” theme, the viewer knows they’re going to be watching a Christmas movie, but the music soon changes to reflect the narrative.

When we first meet Jesper his melody is “simple” — it’s “the sort of cue you’d hear on the radio with guitars.”

Once they had achieved that sound, they then created a musical score with cues that could be blended throughout the film.

“Listen to the cue when Jesper meets Klaus, you hear that cue blend when Klaus is in the town,” Aguilar says.

He blended the harmonies and mixed familiar cues that are heard earlier in the pic. The progression idea behind the cues was not just about combining the music, but what starts in a gray place — reflecting Jesper’s “selfishness” — ends with harmonies and a big orchestra: “It just becomes this colorful sound palette.”

The most difficult cue to write came at a crucial time in the movie, where Jesper and the children in Smeerensburg started to evolve.

“That cue is actually called ‘changes,’ and it was the hardest. It took 43 attempts to reach that cue,” Aguilar says.