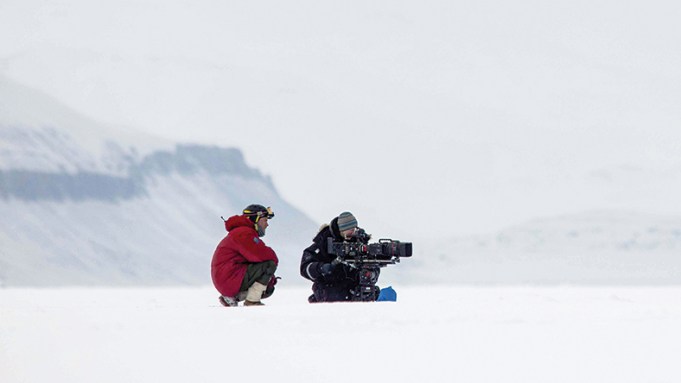 The growing number of outlets for movies and television means that demand for qualified artisans is at an all-time high. But while job opportunities have multiplied, the path to success — and potential elite status — is still a difficult one that requires on-the-job training, experience and skill development to deliver top-notch results.

Some of the challenge may be that many entertainment careers lack a direct path or degree.

“I think any practical experience in school helps, but you don’t have any idea [about the work] until you really get thrown into it,” says David Smith, a two-time Emmy-nominated set decorator, who started working in the industry at age 19.

More platforms invariably mean more work and move some people up the career ladder more quickly than their skillset warrants.

Phillip Boutte Jr., a costume concept artist on high-profile films including “Black Panther” and “Once Upon a Time … in Hollywood,” thinks it’s great that there are more opportunities, but at the same time technology can mask a lack of basic skills.

“The key thing that we notice is that the deficit is in students not being able to design,” he says. “If you do something in 3D, it could be a really bad design but it looks amazing because it’s in 3D.”

After the powers-that-be sign off on the design, it turns out that the costume is difficult to make on a practical level, but there’s no going back since it has already been approved.

“You end up having to do more work going back to fix it than if it would have been thought about in a design mindset from the very beginning,” Boutte says.

Greg Papalia (“War for the Planet of the Apes”), a four-time Art Directors Guild nominee who works as an art director and set designer, sees the same thing in the art department.

“What I’m finding is that people interested in set design ask around about what to study,” he says. “They’re told by other designers or art directors to study up on a whole variety of computer programs, so they spend most of their time learning the programs, learning how to render, learning how to model, learning how to do all the twists and turns of a program, rather than learning design.”

It’s the basic building blocks of all the crafts that incoming crew members need. Leslie Chung (“Star Trek: Discovery”), a visual-effects supervisor for Crafty Apes, says there seems to be a trend toward compartmentalization.

“They’re missing some of the foundations,” Chung says. Using a cooking metaphor, she adds: “It’s like the knife skills are missing; how to cut an onion quickly and efficiently. When it comes to VFX, that would be roto and paint tracking, and that’s lacking in a lot of younger folks.”

Whereas there used to be more time for on-the-job training, the pace is so fast now that supervisors lack time for that task. Though it might seem that VFX would be the most directly applicable job to a university degree, that’s not the case. “It’s such a hidden world that you’re very reliant on whether or not your teacher was schooled in it,” Chung says.

While there’s a learning curve in every career, there are certainly a lot of benefits as well to the increased programming. Papalia and Smith both advise new talent to move to states where production incentives mean there’s a lot of work with a smaller workforce. Though it can be difficult to get into the local unions in Los Angeles, regulations in Georgia and New Mexico, for instance, make it easier for people to enter the entertainment industry.

Though it’s good that there are more opportunities, experience and skill develop over time. “They can be super talented, but these jobs inherently are an art [and] you can’t teach experience,” Boutte says. “You can be a wonderful artist, but in 20 years you’ll be the best.”

Papalia concurs: “It takes about 10 years to become a competent set designer with a bag of tricks that you learned along the way to be able to hold your own.”

Evolving technology means a growth period for productions trying to staff up, as well as the incoming talent working to build resumes. One thing that hasn’t changed over the years is the need for networking.

“You have to have a fair amount of ambition,” says Smith, “and there’s a very fine line between being persistent and being a pest. You just have to walk that line. None of us get anywhere by being timid.”