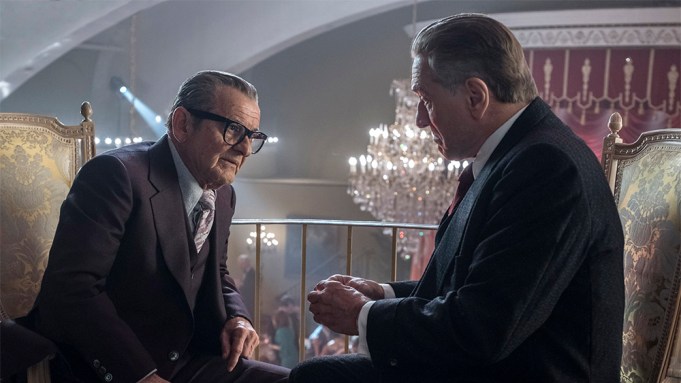 If anyone knows Martin Scorsese, it’s Thelma Schoonmaker. Schoonmaker has worked with the director since 1980’s “Raging Bull,” which won her the first of three Academy Awards, along with six additional nominations. Most recently, she won in 2007 for “The Departed.”

In this exclusive clip, Schoonmaker talks about the ideas for editing her most recent collaboration with Scorsese, “The Irishman.” The mob epic spans five decades following Frank Sheeran as he goes from being a truck driver to meeting gangster Russell Buffalino and becoming involved in the disappearance of union boss Jimmy Hoffa.

“Marty had a very strong conception for it,” Schoonmaker says. “He wanted it to be quiet and he didn’t want it to feel like a documentary about a hitman.”

Like most of his films, Scorsese respects the audience, so he doesn’t explain everything to the viewer. As he wrote in his New York Times op-ed, “it’s about the characters and the complexity of people.”

“The actors are so powerful, the audience is gripped,” Schoonmaker says of the performances.

Schoonmaker explains that she prefers to watch the film evolve in its making for her editing process: “I read the script and then I put it away.” She adds, “What Marty puts into a movie is often not in the script.”

And for over 30 years, Schoonmaker has followed Scorsese’s vision. “He comes and works on the editing with me,” she says. “He loves it.”

“The Irishman” is an awards favorite, with nominations likely for best picture, best director, and best actor. Perhaps Schoonmaker will add best editing to the mix.

Watch the exclusive short above.