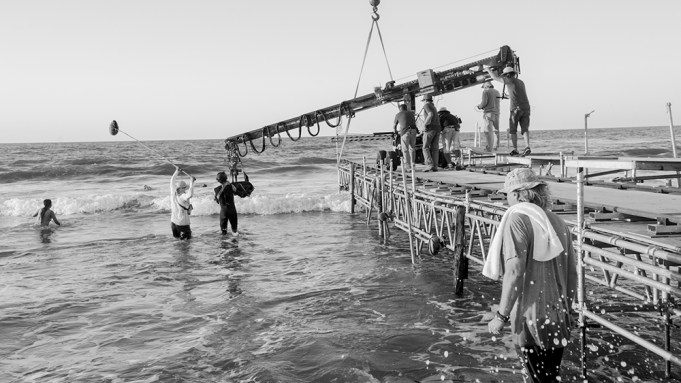 The LMGI Awards spotlight “productions in which the creative use of filming locations sets the tone, enriches the character and enhances the narrative,” per the organization.

Paramount’s “Mission: Impossible – Fallout” filmed at locations in France, the U.K., Abu Dhabi, Norway and New Zealand. Netflix’s “Roma” was shot in and around Mexico City. HBO’s “Chernobyl” derived its authentic look from locations in Lithuania, not far from Ukraine, where the nuclear disaster itself took place. And Amazon’s “Tom Clancy’s Jack Ryan” traveled to Montreal, Morocco, France and Washington D.C.

Also at the LMGI event, Oscar-nommed director Peter Weir (“Dead Poets Society,” “The Truman Show,” “Master and Commander: The Far Side of the World”) received the Eva Monley Award, which recognizes industry members who support the work of location professionals. Accepting on the director’s behalf was actress Holland Taylor (“The Practice,” “Two and a Half Men,” “The Truman Show”).

(Pictured above: Production team shoots scene from “Roma” on a Mexican beach.)