‘Westworld’ Renewed for Season 3 at HBO 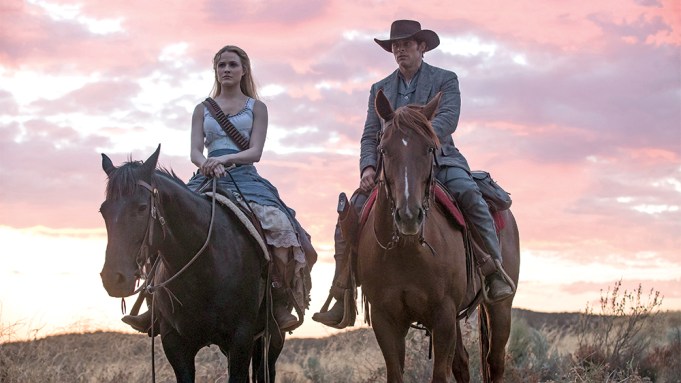 “Westworld” has been renewed for a third season at HBO, the premium cabler announced Tuesday.

The second season of the series debuted on April 22. The series takes place in a futuristic theme park populated with androids. In the second season, the androids have revolted against their human creators. It stars Evan Rachel Wood, Thandie Newton, Ed Harris, Jimmi Simpson, Jeffrey Wright, James Marsden, and Tessa Thompson. It is unknown when the third season will air, though almost a year and a half elapsed between the end of the first season and the debut of the second.

“Westworld” was created for television by Jonathan Nolan and Lisa Joy, who are executive producers with J.J. Abrams, Richard J. Lewis, Roberto Patino, Athena Wickham and Ben Stephenson. Nolan and Joy’s Kilter Films and Abrams’ Bad Robot Productions produce in association with Warner Bros. Television. The series is based on the film of the same name written by Michael Crichton.

“It’s been an extraordinary pleasure to work with the exceptionally talented Jonathan Nolan and Lisa Joy, as well as their gifted cast and crew,” said Casey Bloys, president of HBO Programming. “From the inspired storytelling to the incredible visuals, we are so excited to see where the next chapter will take us.”

The show has proven to be incredibly popular for HBO. The first season averaged an estimated 13.2 million viewers per episode across platforms once all views were tallied, putting it on par with HBO’s number one series, “Game of Thrones.” Season 1 of the show also garnered 22 Emmy nominations, ultimately winning five.

The renewal comes less than a week after HBO axed the Alan Ball drama “Here and Now” after just one season. The network’s drama slate currently includes “The Deuce,” “Succession,” “Big Little Lies,” “Sharp Objects,” and “True Detective” in addition to “Westworld.”