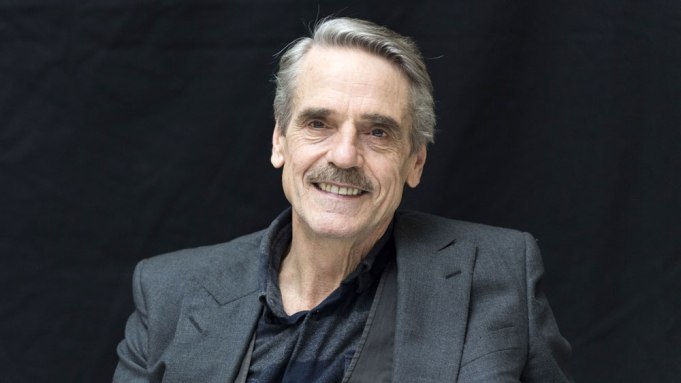 Jeremy Irons has been cast in a lead role in Damon Lindelof’s “Watchmen” pilot at HBO, Variety has confirmed.

This would be Irons’ second regular onscreen TV role should “Watchmen” get ordered to series at HBO. He previously starred in the Showtime period drama “The Borgias,” which ran for three seasons. In addition, Irons is no stranger to comic book projects, having recently appeared as faithful butler Alfred in the DC films “Justice League” and “Batman v Superman: Dawn of Justice.” He is also known for his Oscar-winning role in “Reversal of Fortune” and for his work in films like “Dead Ringers,” in which he played identical twins, and for voicing Scar in “The Lion King.”

Lindelof previously posted a letter to fans in which he laid out his vision for the series, which he said will not be a re-telling of the story from the original graphic novel, but rather a new story in the same world with new characters set in the present day. The original story followed a group of crimefighters investigating the murder of one of their own. In the process, those characters — including Doctor Manhattan, Nite Owl, Silk Spectre, and Rorschach — uncover a conspiracy with enormous implications. It is unclear which, if any, of those characters will appear in Lindelof’s version.

“Some of the characters will be unknown,” Lindelof wrote. “New faces. New masks to cover them. We also intend to revisit the past century of Costumed Adventuring through a surprising yet familiar set of eyes…and it is here we will be taking our greatest risks.”