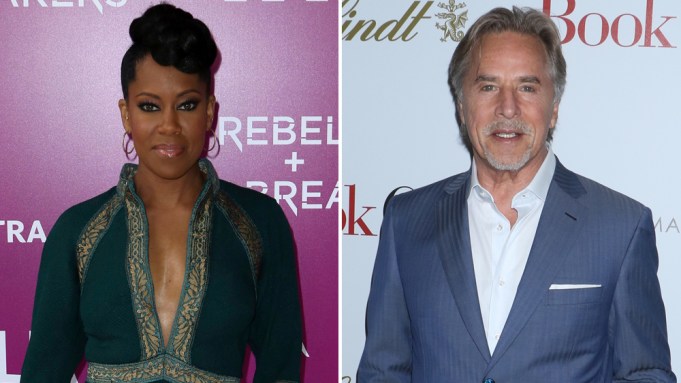 Damon Lindelof’s “Watchmen” pilot at HBO has set a number of actors in key roles, Variety has learned.

Regina King, Don Johnson, Tim Blake Nelson, Louis Gossett Jr., Adelaide Clemens, and Andrew Howard will all appear in the series, with King in the lead role. King previously appeared on “The Leftovers,” the HBO drama series co-created by Lindelof and Tom Perrotta, based on Perrotta’s novel of the same name.

The exact details of their characters are being kept under wraps. Lindelof on Tuesday posted a letter to fans in which he laid out his vision for the series, which he said will not be a re-telling of the story from the original graphic novel, but rather a new story in the same world with new characters set in the present day.

“Some of the characters will be unknown,” he said. “New faces. New masks to cover them. We also intend to revisit the past century of Costumed Adventuring through a surprising yet familiar set of eyes…and it is here we will be taking our greatest risks.”

In addition to her role on “The Leftovers,” King’s other notable television roles include starring in the critically-acclaimed Netflix series “Seven Seconds,” TNT’s “Southland,” and the ABC anthology drama “American Crime,” the latter of which won her two Emmys. She has also appeared on shows like “The Big Bang Theory,” “Shameless,” “The Strain,” and lent her voice to the animated series “The Boondocks.”  She has also appeared in films like “Jerry Maguire,” “Ray,” and “How Stella Got Her Groove Back.”

She is repped by ICM and Carrabino Management.

Johnson is best known for his starring roles in the cop shows “Miami Vice” and “Nash Bridges.” He was twice nominated for a Golden Globe for his work on “Miami Vice,” winning one in 1986. He also recently appeared in films like “Book Club,” “Django Unchained,” and “Machete.” He also recently starred in the ABC drama series “Blood & Oil.”

He is repped by CAA and Edelstein Laird and Sobel

Nelson has appeared in well over sixty feature films, including Steven Spielberg’s “Lincoln,” Ang Lee’s “Billy Lynn’s Long Halftime Walk,” Terrence Malick’s “The Thin Red Line,” and the Coen Brother’s “O Brother Where Art Thou?” Later this year, Netflix will release the Coen Broters series “The Ballad of Buster Scruggs,” in which Nelson stars in the title role.

He is repped by UTA, Gateway Management, and attorneys Marc Glick and Steven Breimer.

Gossett is a highly-respected performer with an onscreen career spanning sixty years. He was the first African-American to win the Academy Award for Best Supporting Actor for his performance as drill Sergeant Emil Foley in “An Officer and a Gentleman” opposite Richard Gere.  Among his other awards are an Emmy for Outstanding Lead Actor for his portrayal of Fiddler in the ABC series “Roots” and a Golden Globe for Best Performance by an Actor in a Supporting Role for “The Josephine Baker Story.” He has been nominated for seven Emmy Awards, three Golden Globes, one Academy Award, five Images Awards, and two Daytime Emmy Awards throughout his career.

He is repped by Zero Gravity Management and Bobbitt & Roberts.

Clemens is an Australian actress who began her career over a decade ago on the acclaimed Australian television show “Love My Way.” She was recently seen in the AMC series “Rectify” and the HBO miniseries “Parade’s End.” Her film credits include Baz Luhrmann’s “The Great Gatsby,” “The Automatic Hate,” and several other independent films.

She is repped by UTA, Mosaic, and The Artist’s Partnership in the UK.

Howard was recently seen in his recurring role in Sony/Crackle’s “The Oath” as well as NBC’s “The Brave.” He also appeared as ”Bad” Frank Philips’ in the AMC Emmy award-winning series “Hatfields & McCoys” opposite Kevin Costner and Bill Paxton. He has also appeared on shows like “Agents of SHIELD,” “Hell on Wheels,” and “The Blacklist.” His film credits include “Limitless,” “Taken 3,” and “Transformers: Revenge of the Fallen.”

He is repped by Link Entertainment and ICM Partners.