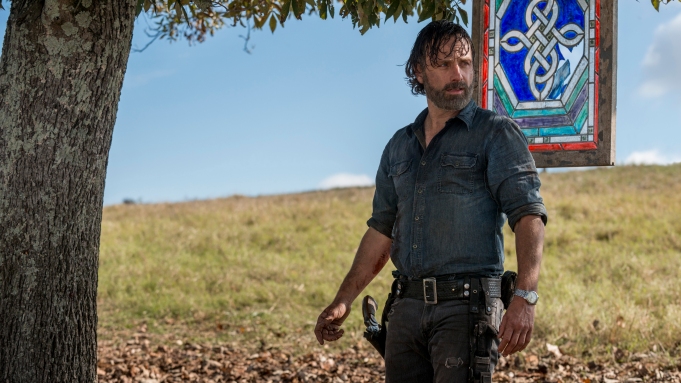 “This will be my last season playing the part of Rick Grimes,” Lincoln said. “I love this show. It means everything to me. I love the people who make this show.”

A clearly emotional Lincoln also made a point of thanking the fans and his castmates for all the love and support he has received over nine seasons.

“I promised not to cry,” he said. “I’ve done enough crying onscreen…This has been the most extraordinary, amazing, and beautiful experience of my career.” Lincoln also said that he would be taking a break from acting to spend more time with his family back in England.

At the conclusion of the panel, Norman Reedus led Hall H in a standing ovation for Lincoln and his near decade on the series.

Lincoln has been with the show since the first episode, with his character Rick Grimes emerging from a coma to discover that the world has been overrun by zombies. In addition to Lincoln’s exit, Lauren Cohan, who plays Maggie, will appear in only a handful of episodes  in Season 9 as she has taken a starring role in the new ABC series “Whiskey Cavalier.”

Also during the panel, “The Walking Dead” creator Robert Kirkman also revealed that Samantha Morton would be joining the series as Alpha, leader of the Whisperers.