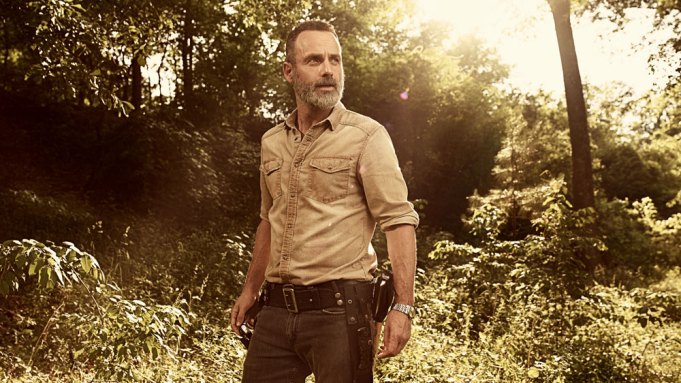 The ratings for this Sunday’s “The Walking Dead” held even with last week’s numbers.

The episode that aired Oct. 28 drew a 2.0 rating in adults 18-49 and 5.1 million viewers, up just a few percent from last week’s numbers. The lack of significant growth comes despite the fact the episode airing this coming Sunday will feature the death of Rick Grimes, who has been played by Andrew Lincoln since the AMC show’s very first episode. But the lack of a drop off is also good news for the show, which hit a new series low in the adults 18-49 demographic with its second episode this season.

Rumors began to circulate that Lincoln would be departing the show earlier this year, with the actor confirming the news at the show’s annual Hall H panel at San Diego Comic-Con.

“I promised not to cry,” he said at the panel. “I’ve done enough crying onscreen…This has been the most extraordinary, amazing, and beautiful experience of my career.” Lincoln also said that he would be taking a break from acting to spend more time with his family back in England.

At the conclusion of the panel, Norman Reedus led Hall H in a standing ovation for Lincoln and his near decade on the series.