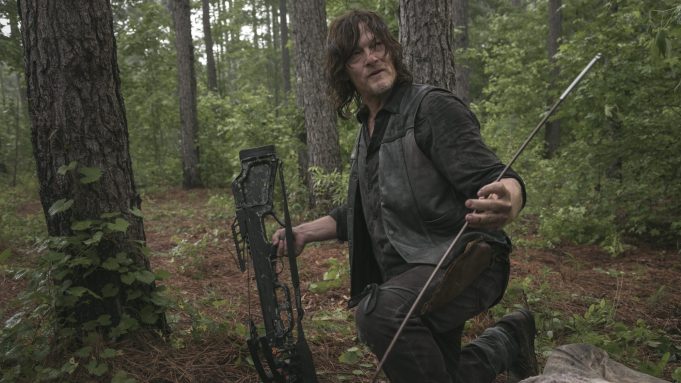 The third episode of Season 9 of “The Walking Dead” held about even in the Nielsen ratings with last week’s numbers.

The episode that aired this Sunday averaged a 1.9 rating in adults 18-49 and 5 million viewers. That is another new low in the key demo for the AMC series, though it is down just a few percentage points from the 2.0 rating the show drew last week when it officially hit its new low. This week’s episode was also up a few percent in total viewers compared to last week, which drew 4.9 million. The series low for “The Walking Dead” in total viewers is 4.7 million.

Once again, “The Walking Dead” was far and away the highest-rated program on cable for the night and ranked behind only NFL coverage and “60 Minutes” on broadcast.

And despite the fact that AMC has made every effort imaginable to avoid spoilers and leaks on character exits, the cabler announced after this week’s episode aired that Andrew Lincoln would appear in only two more episodes this season. Lincoln previously confirmed that he would be exiting the show during the ninth season, while fellow star Lauren Cohan will only appear in a handful of episodes due to her commitment to the ABC drama series “Whiskey Cavalier.”