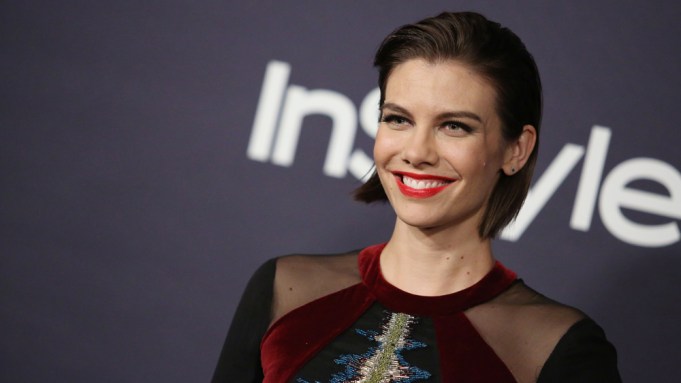 Cohan said her request for a pay increase was a standard business practice which came while she was negotiating a new contract with the show.

“It wasn’t actually that I was asking for it, it was that my contract had finished,” Cohan said. “So that’s pretty standard renegotiation.” Cohan went on to say that she is hoping to explore “comedy and happier fare,” like her upcoming ABC spy dramedy “Whiskey Cavalier.”

The actress also reassured fans the salary dispute doesn’t mean the end for her “Walking Dead” character, Maggie, and she is still focused on working on the show.

“My ‘Walking Dead’ story is open, it’s not finished,” Cohan said. “You don’t break up with someone and forget about them and delete them from your life, no, things transition into different places.

Cohan is reportedly only going to appear in  handful of episodes in “The Walking Dead’s” upcoming ninth season. This comes as series star Andrew Lincoln formally announced that Season 9 will be his last with the show.

“This has been the most extraordinary, amazing, and beautiful experience of my career,” Lincoln said at the show’s San Diego Comic-Con panel last week. He also said that he would be taking a break from acting to spend more time with his family back in England.