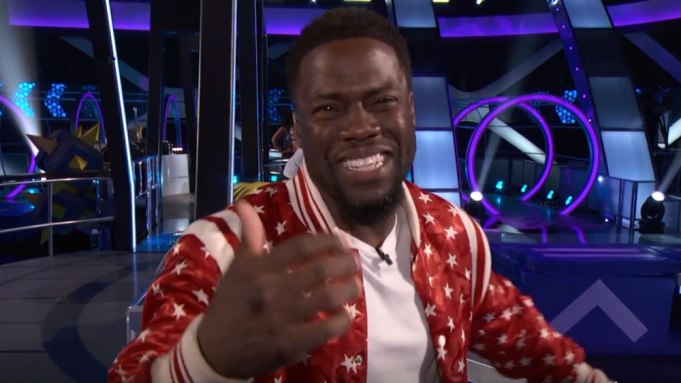 Kevin Hart might feel good about “TKO: Total Knock Out,” but the contestants on the show sure don’t as they’re clobbered by discs and mallets while they try to cross an obstacle course in the show’s cold open, which was revealed exclusively by MGM Television president Mark Burnett at Variety’s Tune In! TV Summit on Wednesday.

The hilarious clip features over a minute of teaser highlights from the reality show’s first season, showcasing Hart laughing it up with contestants onstage, allowing them to showcase their individual talents and styles, before sending them off on an obstacle course that combines “Wipeout,” “American Ninja Warrior,” and dodgeball all into a single game. In front of a live audience, Hart sets the contestants across a course designed to send them tumbling into pits filled with foam cubes, water, or bubbles.

The most dexterous contenders might normally be able to cross the courses with relative ease, but Hart throws another challenge at them by allowing four other show contestants to attempt to send them crashing and burning by shooting them with various projectiles from battlestations set up throughout the course.

“TKO: Total Knock Out” premieres July 18 on CBS. Each of the 10 episodes runs an hour long.