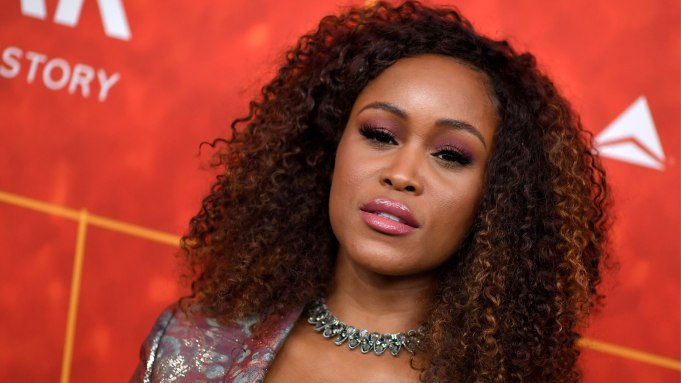 Following the ousting of CBS chairman-CEO Leslie Moonves over sexual misconduct allegations, his wife Julie Chen announced her exit as co-host from the network’s daytime show “The Talk” in September. Her former co-host, rapper Eve, told Variety that it has been “extremely hard” without Chen.

“It was extremely hard, because of the things that we talk about,” Eve told Marc Malkin Thursday night at amfAR Gala in Los Angeles. “We’re very honest women on that show. And especially for me, being my first year, was like, ‘Really guys?’ I really have grown to care for Julie and I consider her a friend now.”

Chen last appeared on Season 8 and had been with “The Talk” since its debut in 2010. In a pre-recorded message during the show’s broadcast on Sept. 18, Chen said she was leaving because, “I need to spend more time at home with my husband and our young son.”

Eve, who joined the show in 2017, said she found out from “higher-ups” about Chen’s exit at the same time as co-hosts Sara Gilbert, Sharon Osbourne, and Sheryl Underwood.

“No one knew before anyone else. There wasn’t like a thing where, someone suspected or someone was talking to [Chen],” Eve said. “The higher-ups kind of told us, the EPs, who are amazing, who are incredible, who pull us together every day, made it easy for us.”

However, she said it has been a big transition since Chen’s exit and the show has been trying to find its footing.

“They’ve changed it a lot. I think it’s brought us closer as a cast, which is really true. We miss her, for sure. But at the same time, we’re dedicated to keeping the show and making the show amazing,” Eve said. “That’s the best way that I can say it, it’s us figuring out that new normal. And I think we’re figuring it out.”