Beta Film also brings to Mipcom two more of its official screenings - ‘Trigger,’ ‘Medici - The Magnificent¡ - and ‘M - A City Hunts a Murderer’ 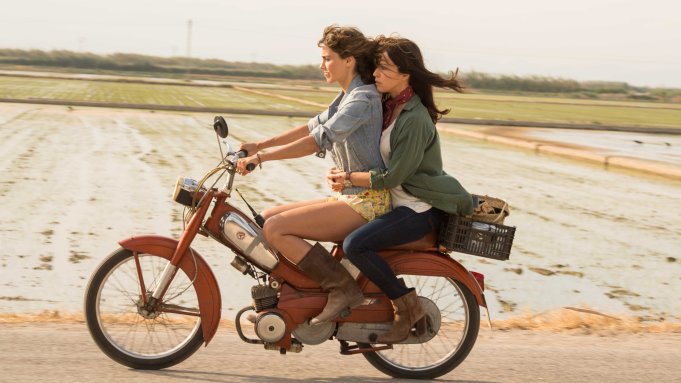 MADRID — Dropped by sales agent Beta Film on Thursday, here is the first ever trailer for “El Embarcadero” (The Pier), the first series by Alex Pina, creator of “Money Heist” (La Casa de Papel) after that series became a worldwide phenomenon.

Pina and fellow “Money Heist” and “The Pier” creator Esther Martínez will be joined on stage at Mipcom on Tuesday Oct. 16 to present “Money Heist” by Spanish TV stars Álvaro Morte, the Professor in “Money Heist,” Verónica Sánchez (“Morocco”) and Irene Arcos, co-star of Pina and Martínez’s break-through series “Vis a Vis.”

A Movistar + original series, produced in association with Atresmedia Studios and Pina’s Vancouver Media, “The Pier,” described as a sensual romantic thriller, promises to be one highlight of this year’s Cannes Mipcom trade fair as many in the industry look to the likes of Pina to suggest where the international TV industry is going.

One quick answer, in terms of market berths and viewers, is upwards, at least for high-end premium fare.

Presenting its first quarter results to shareholders, Netflix declared in April that “Money Heist” is its most-watched non-English-language series ever. Reed Hastings suggested at Series Mania that same month that its viewership was up there with Netflix’s biggest U.S. hits. That means an audience measured not in millions, as most local hits in Europe, but in tens of millions.

Following up “Money Heist,” “The Pier” has scored one of the only two World Premiere TV Screenings slots at Mipcom, a coup.

Other answers to new TV fiction’s tailwinds are suggested by the trailer. Created by Pina and Martínez from an original idea by Sonia Martínez at Atresmedia, which also produced “Money Heist” with Pina and Martínez, “The Pier” turns on a hard-driving architect, Alexandra, shattered by her husband’s suicide, who discovers he was leading a double-life with another woman, Veronica.

Movistar + has called “The Pier” “free-to-air premium.” Like much fiction straddling that divide,”The Pier” looks set to intertwine plot beats with character. So Alexandra’s quest is not only to discover why her husband lived a lie, what really happened on the fateful night of his death, but who she is, at least through Oscar’s eyes, and who, now no longer tethered, she can be.

“We want to tell a tale of characters, their journey,” Martínez said at a Movistar + Upfront in mid-September.

“I’ve spent years writing female characters who are not just women, do other things, have other problems. But in “The Pier,” the women behave like women, feel in a deeper manner,” she added. Like much top scripted fare hitting Mipcom, this show will in part have a feminine gaze.

It might also prove polemical. From “Vis a Vis” through “Money Heist,” Pina and Martínez have been pushing the envelope in artistic and ethical terms, in “Money Heist” humanizing people who would often be written off as dangerous losers – a decision met with world acclaim.

In “The Pier’s” trailer, in a flashback, Veronica draws two overlapping circles.

”This space in the center is what you share with a person,” she tells Oscar, pointing to the overlap. “But all this space is free,” sha adds, pointing to moist of the circles, “to live life, to travel, to share with others.”

The trailer begins with a stunning shot of L’Albufera National Park, a mix of paddy fields and marshlands near to Valencia on Spain’s eastern Mediterranean seaboard. Begging to be explored, that open expanse suggests that during “The Pier” Alexandra’s trammeled life will open up – emotionally, sexual, ethically – in ways she never imagined.

“The Pier” is joined on Beta Film’s Mipcom slate by the world premiere of Russian drama-series “Trigger,” chosen as the Mipcom Pre-Opening TV Screening. Showcased in April at the Mip Drama Buyers Summit, “Trigger” is produced by go-ahead Russian outfit Sreda for Channel One Russia. Set in uptown Moscow, it turns on psychologist Artem who practices “provocative therapy” to confront patients with their deepest fears. Whether he can stop destroying his own life with the same method is another question. Lead talents Maxim Mateev and Viktoria Maslova are walking the red carpet for the world premiere at Mipcom on Sunday, Oct.14.

Another official Mipcom Screening, on Oct. 17, “Medici – The Magnificent” focuses on the attempts of a young Lorenzo de Medici, in Florence in 1469, to drag the city for once and for all into a new era. The English-language production by Lux Vide, Rai, Altice and Big Light stars “Game of Thrones’” Sean Bean, “Fear the Walking Dead” star Daniel Sharman, Bradley James (“Homeland”) and Francesco Montanari (“Cacciatore – The Hunter”). A second season is already green-lit.

Produced by “The Intouchables” Quad and Point du Jour for French public broadcaster France Télévisions, “Victor Hugo – Enemy of the State” profiles the poet and statesman. World premiered at the Tribeca TV Festival, “Pagan Peak,” another Mip Drama Buyers Summit title, is a slice of Alpine noir as two cops hunt for a paranoid serial killer in the snowy high mountains. It is produced by “Dark’s” Wiedemann & Berg.