‘The Last Man on Earth,’ ‘Brooklyn Nine-Nine,’ ‘The Mick’ Canceled at Fox 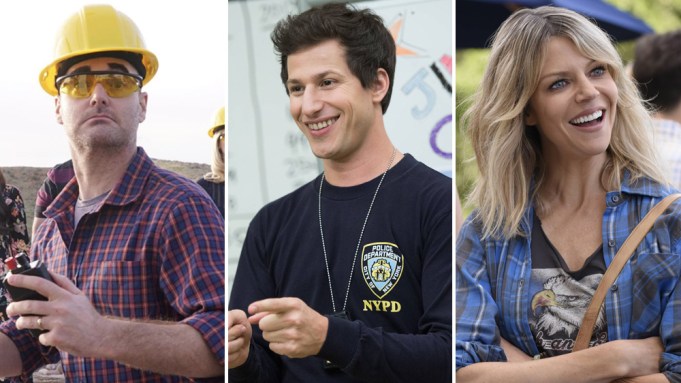 “The Last Man on Earth” has been canceled after four seasons at Fox, Variety has confirmed.

From writer-producer Will Forte and directors-producers Christopher Miller and Phil Lord, “The Last Man on Earth” centered on a small group of survivors of a deadly virus. It starred Forte, Kristen Schaal, January Jones, Mel Rodriguez, Mary Steenburgen and Cleopatra Coleman.

Fox has also canceled “The Mick” after two seasons.

The series was created by John Chernin and Dave Chernin. They executive produced the comedy alongside Olson, Nicholas Frenkel, Oly Obst and Scott Marder. The show was produced by 20th Century Fox Television.

From writers, creators and executive producers Dan Goor and Michael Schur, the series originally premiered in September 2013 and earlier this year hit its 99th and (the more traditional milestone of) 100th episodes. Universal Television is sure to shop “Brooklyn” to other buyers, with NBC and Hulu as logical options

Fox previously renewed “9-1-1,” “Empire,” “Star,” “The Resident,” “The Gifted,” “The Orville” and “The Simpsons” for the 2018-19 television lineup. The network has also ordered new dramas “The Passage” and “Proven Innocent” to series, as well as a new comedy entitled “The Cool Kids.”