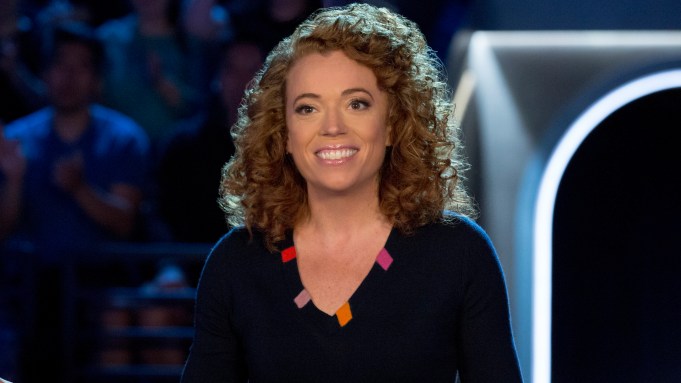 An advertisement released Tuesday by the Republican National Committee dubbed the political “left” of 2018 “unhinged,” and comedian Michelle Wolf is proudly wearing her new title.

During a new episode of Netflix’s “The Break with Michelle Wolf,” Wolf responded to the video, which featured controversial moments and soundbites including Kathy Griffin holding Donald Trump’s severed head, Samantha Bee calling Ivanka Trump a “feckless c—,” and Wolf questioning Uncle Tom’s role “but for white women who disappoint other white women.”

“The RNC’s new push is to call the left ‘Unhinged 2018,’” Wolf said. “Yeah, like a screen door installed by a blind lesbian, I am unhinged!”

She added that an “unhinged” mentality should be anticipated from the American public in the current political climate, which she compared to a burning home.

“Expecting people not to be unhinged right now is like expecting someone whose house is on fire to keep calmly rearranging their bookshelf,” the host joked. “What’s that? My pant leg is ablaze? Well thanks, but Jane Austen is next to Jonathan Franzen, and that simply won’t do.”

Wolf also expanded her comments to critique Trump’s widely criticized immigration policy, which separated migrant children from their parents and enclosed them inside chain-link fences. “Right now there are two things that should be unhinged: people and those doors to the child cages.”

Watch the RNC’s ad below and “The Break” episode above.