‘The Bachelorette’ Recap: Becca Kufrin Questions if She Can Find Love With 21 Remaining Men 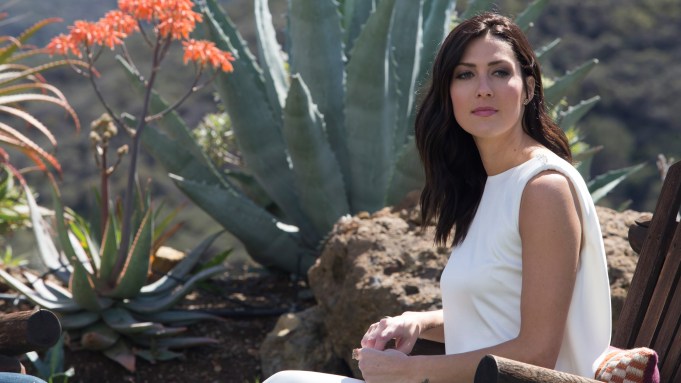 SPOILER ALERT: Do not read if you have not yet watched the June 4 season premiere of “The Bachelorette.”

In the week since “The Bachelorette” premiere on May 28, scandal has surrounded one of this season’s frontrunners, Garrett Yrigoyen, who received the first impression rose from Becca Kufrin in the first episode. Yrigoyen faced public backlash after it was revealed he had a history of liking posts on Instagram that mocked Parkland high school students, liberal women, trans people, and undocumented immigrants. The “Bachelorette” contestant has since apologized, but how will the scandal affect the rest of the season?

Week two of Kufrin’s journey for love, following the heartbreak of Arie Luyendyk Jr.’s season, kicked off with 21 remaining men and the season’s first group date. Eight of the suitors headed out for a day of pampering — or so they thought.

After getting dressed in form-fitting tuxes, the date took a dirtier turn, when last season’s “Bachelorette” success story, Rachel Lindsay and her fiance Bryan Abasolo, arrived to reveal the contestants had gotten all dressed up to compete in a wet, mud-covered obstacle course. After a hard fought competition that ended in the men slip ‘n sliding down a wedding aisle, 26-year-old account sales executive Lincoln came out the winner under a fake altar.

At the date’s afterparty, Lincoln continuously rubbed his victory in the faces of the other men, creating some early tension in the group, and leading to a fight with Connor. Colognoisseur Jean Blanc set himself apart in his relationship with Kufrin, which resulted in him receiving the date rose.

The next day, Blake was awarded the first one-on-one date of the season, when he and Kufrin headed out on a romantic date to… a warehouse? Upon arrival, it became clear that some seemingly random items were actually all things connected to the Bachelorette’s past relationship with Luyendyk, including his race car, monitors airing their proposal and even the couch where he dumped her on national TV. The two were equipped with sledgehammers and, with a soundtrack provided by Lil Jon, were let loose to smash the ex’s items. That’s one way to do it.

At dinner, the two continued to bond over their comfort level with each other and open up about their past relationships, with Blake easily securing the first one-on-one date rose. While Kufrin declared she was “smitten,” Blake, a 28-year-old sales rep, said, “I think tonight’s the beginning of our love story.” If only there weren’t 20 other simultaneous love stories!

The second group date of the week got physical, with the majority of the competitors getting out of the mansion to participate in a Bachelor dodgeball tournament. After being educated on the game by elementary schoolers, the group headed to an arena to battle it out in front of a crowd, dodgeball style, while Kufrin watched from the stands.

At the post-game party, Kufrin continued to bond with Yrigoyen, and Colton, an early fan favorite, dropped a bomb on the Bachelorette, revealing that he had a previous relationship with Tia Booth, one of Kufrin’s friends and a fellow ex of Luyendyk. Upon finding out about his past, she confessed that “it makes me feel a little bit sick” and brought up concerns that Colton was really there for her. That set off a series of events that left the Bachelorette in tears, admitting she was losing trust in the men and was “afraid of being blindsided again” after her broken engagement last season. Before the end of the date, she awarded Willis the group date rose.

At the cocktail party, the men were quick to convince her she had reason to believe in the process — that is until male model Jordan decided to take off all of his clothes and stroll around the mansion in an attempt to impress Kufrin. If that’s not enough to make a girl give up on love, nothing is.

At the rose ceremony, Kufrin sent home Alex, Trent and Rickey, knocking it down to 18 men remaining. After another difficult conversation with Colton over his dating history, she decided to take a chance and keep him around another week.

Yrigoyen, while still appearing a frontrunner, didn’t get too much screen time this week, so we may having to wait for further in the season to see if and how the scandal plays out. Next week, the journey for love continues, with appearances by some of the women from Luyendyk’s season — including Tia. Drama!