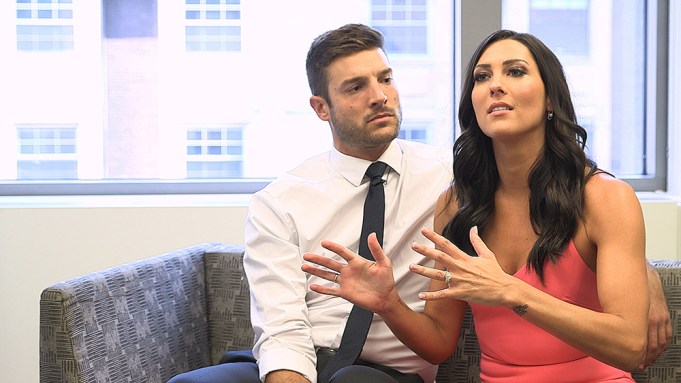 Now that “The Bachelorette” is over, winner Garrett Yrigoyen is coming clean about the social media controversy that he found himself engulfed in, long before he won over Becca Kufrin’s heart and became engaged on national TV.

Yrigoyen, who beat out runner-up Blake Horstmann on Monday night’s “Bachelorette” finale, made headlines early-on during the season when his past Instagram activity came to light, revealing a history of liking controversial Instagram posts, including images and memes that mocked liberal women, trans people, undocumented immigrants, and Parkland high school students.

Speaking exclusively with Variety, alongside his fiancé, Kufrin, the day after “The Bachelorette” finale, Yrigoyen says he does not carry the beliefs expressed in the controversial Instagram posts.

“Initially, when I followed those accounts, it’s because I am a patriotic guy. I do support our troops and I love my country, so when I saw those posts in the beginning, I would just scroll through — I see a guy in uniform or something like that — and I would just scroll through and just, I don’t know, double tap,” Yrigoyen explained. “I never looked into it or read the comment or tags, until [Kufrin] brought it up and talked to me and said, ‘Garrett, you can’t do that. You’ve got to read what you’re supporting and liking and not just take a picture for what it’s worth because people are tagging things and putting things below it that are associating it with an image, whereas other people are reading into it.’ Just because you’re not reading into it, doesn’t mean others aren’t. So she helped me see all sides.”

One of the controversial posts Yrigoyen liked was an image deeming that Parkland shooting survivor David Hogg was a crisis actor.

When asked directly if he believes the teenage activist is a crisis actor, Yrigoyen told Variety, “No, I don’t believe that David Hogg is a crisis actor. That was another thing I had to educate myself on, and [Kufrin] helped me do that. I initially didn’t even know what a crisis actor was, so that’s a part of me growing and just being more educated in what I’m actually supporting and liking.”

Kufrin addressed another controversy from the season, after the contestant Lincoln Adim appeared on her season, it was later revealed that he had been convicted of indecent assault and battery. “It was something unexpected and it was a shock to me,” Kufrin said. “With Lincoln I never felt unsafe, we were always with the crew. But I don’t condone his actions.”