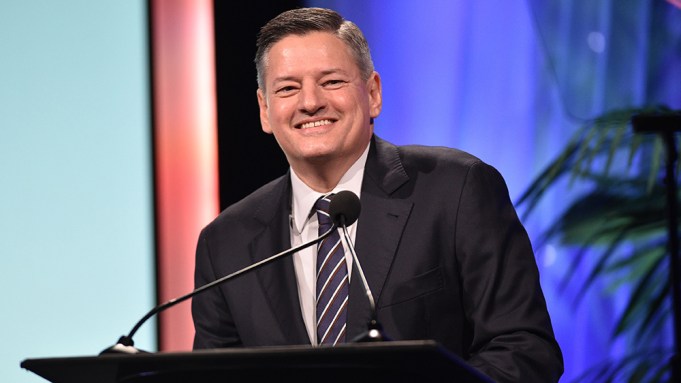 With Netflix’s “Set It Up” and “To All the Boys I’ve Loved Before” being credited for helping revive the popularity of romantic comedies, it’s no surprise that Ted Sarandos has the syrupy-sweet genre on his mind.

The streamer’s chief content officer tells Variety that he would love to reboot “Love, American Style,” the Paramount Television anthology series that ran on ABC from 1969 to 1974.

“Someone should do ‘Love, American Style,’ don’t you think?” Sarandos said on the Emmys red carpet. “It’s an anthology. It’s a rom-com. It makes people feel good.”

“Love, American Style” was not only nominated twice for best comedy series Emmys, but a 1972 episode about a character named Richie Cunningham helped launch the iconic series “Happy Days.” Another episode became the pilot for “Wait Till Your Father Gets Home,” an animated series by Hanna-Barbera.

In the same interview with Variety, Sarandos insisted streamers aren’t to blame for rating dips that are shaking up broadcast television.

“It’s a generational change in how people watch,” he said. “It’s the on-demandness of it. I couldn’t imagine a day when I was a kid that I didn’t know what was going to be on Tuesday night on ABC and the generation today doesn’t really understand things like that. They have moved on from that schedule and because of all that, it creates a new paradigm and that comes new storytelling [and] new devices. It’s a pretty incredible time.”