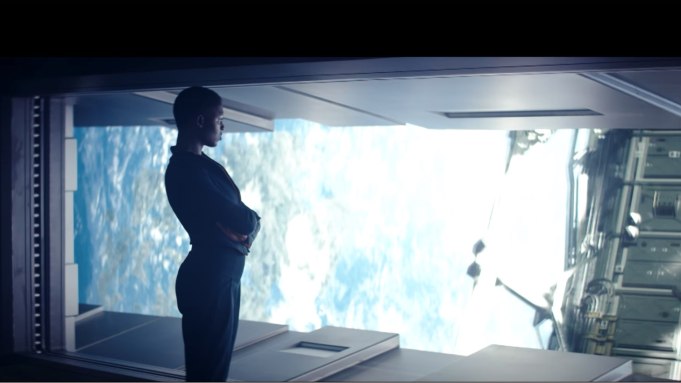 Syfy dropped a never-before-seen trailer during the “Nightflyers” panel at Comic-Con on Thursday.

The series, which is billed as a horror-thriller set in 2093, is the brainchild of “Game of Thrones” mastermind George R. R. Martin, who serves as executive producer on the project.

The trailer follows a group of eight scientists on the “Nightflyer” spaceship. Although they set out with an admirable goal of saving humanity from a dying world, things very quickly take a turn.

A suspicious “malfunction” takes three of the men down and leaves the others standing to their suspicions about what is really going on. “There is something wrong with this ship” is a sentiment that echoes ominously over images of characters succumbing, in varying degrees, to the ship’s manipulations.

And then a warning comes: “Do not bring the Nightflyer back to Earth.”

Unable to disembark the ship, the question is whether the crew can get to the bottom of what’s going on in order to save themselves before the madness takes over.

Martin previously described “Nightflyers” as “a haunted house story on a starship,” akin to Alfred Hitchcock’s “Psycho” but in space.

Watch the Comic-Con trailer above.