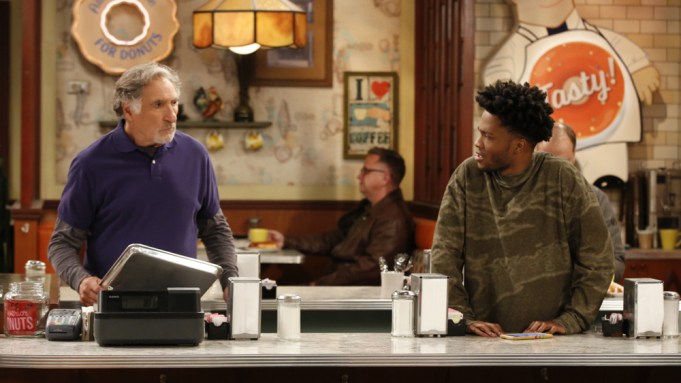 CBS previously renewed fellow Monday comedy “Man With a Plan.” “Kevin Can Wait” is still awaiting word on a third season. Freshman Monday comedies “Me, Myself, and I,” “Living Biblically,” and “9JKL” are not expected back.

The broadcaster will be looking to build a new Monday comedy block next season. “The Big Bang Theory” typically starts off the season on Monday nights before shifting to Thursdays once “Thursday Night Football” wraps up. But with Fox striking a 5-year, $1.6 billion dollar deal with the NFL for the Thursday night games, “Big Bang Theory” will likely stay on Thursdays throughout the season. The show, going into its twelfth season, currently rules over the night and serves as the lead in to prequel series “Young Sheldon.” The two shows are routinely the top-rated and most-watched shows of the night.

CBS previously gave a revival of “Murphy” brown a straight-to-series order. They have also ordered three new multi-cams for the fall: “Welcome to the Neighborhood” starring Cedric the Entertainer, an untitled Damon Wayans Jr. series, and “Fam” starring Nina Dobrev.