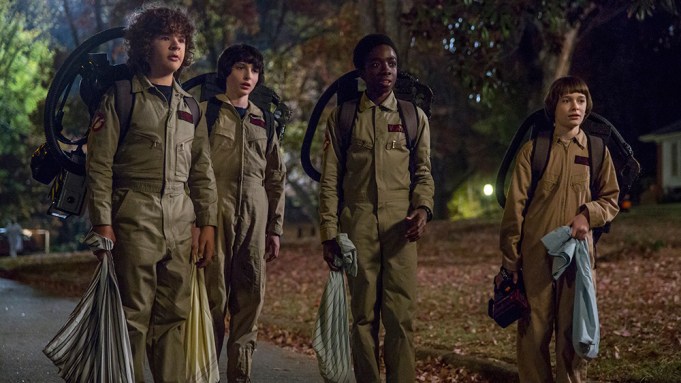 The Upside Down is coming to Universal Studios.

The theme park announced on Tuesday that it is partnering with Netflix to bring “Stranger Things” to life at this year’s Halloween Horror Nights. The small town of Hawkins, Ind., will be recreated at Universal Studios’ Hollywood, Orlando, and Singapore parks, where guests will be stalked by the Demogorgon, the monster from Season 1 of the hit series.

“From the menacing Hawkins National Laboratory, under the U.S. Department of Energy, to the Byers home adorned with an erratic display of flashing Christmas lights and the eerie Upside Down woods oozing a shower of floating orb-like spores, the chilling new mazes will offer surprising twists and unexpected turns around every corner,” Universal said in a statement.

“Stranger Things” is the latest pop-culture phenomenon to be added to Horror Nights, joining “The Walking Dead” and “American Horror Story” haunted houses that have been part of the annual scare-fest in the past. Netflix CEO Reed Hastings has previously expressed interest in entering theme park territory, much like Disney has, but this will be the first time that the streaming service has been a part of the tourism industry.

Halloween Horror Nights begins Sept. 14 in Hollywood and Orlando, and on Sept. 28 in Singapore. The cast of “Stranger Things” will begin filming Season 3 this month.