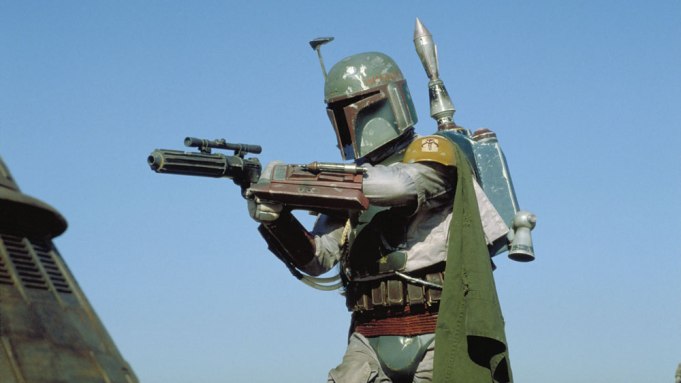 In a post Wednesday on his Instagram account, the filmmaker teased “The Mandalorian,” writing in a yellow-on-black script reminiscent of the traditional opening “crawl” that precedes most “Star Wars” films, “After the stories of Jango and Boba Fett, another warrior emerges in the Star Wars universe. The Mandalorian is set after the fall of the Empire and before the emergence of the First Order. We follow the travails of a lone gunfighter in the outer reaches of the galaxy far from the authority of the New Republic.”

The Walt Disney Co. announced in March that Favreau would write a live-action “Star Wars” series for the company’s forthcoming streaming service, which is set to launch next year. The project would become the first live-action television series set in the “Star Wars” universe.

Disney CEO Bob Iger announced Favreau’s live-action series entry into to “Star Wars” universe on a conference call with investors in March. The show is set to become one of multiple series and film offerings hailing from Disney’s Marvel, Lucasfilm, and Pixar units that will populate the new service as Disney looks to challenge dominant player Netflix in the direct-to-consumer arena.