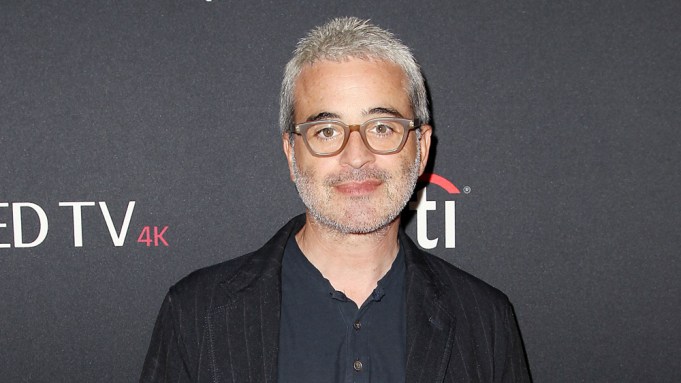 CBS Television Studios is going all in on “Star Trek.”

Variety has learned that the studio behind “Star Trek: Discovery” has signed Alex Kurtzman to a new five-year overall deal that will see him supervise the expansion of CBS’ “Star Trek” franchise for television, developing new series, mini-series and other content opportunities, including animation.

To that end, sources say there are currently multiple shows set within the “Star Trek” universe already in development.

The potential new shows are said to include:

With any luck, the process of bringing these new shows to the screen will be smoother than the process for “Discovery.” The show was originally set to help launch CBS All Access in January 2017, but was repeatedly delayed. As Variety previously reported, difficulties casting and behind-the-scenes flux, including Bryan Fuller stepping down as showrunner, caused the show’s delay. The first part of Season 1 ended up launching in September, with the season finale airing in February. Production on Season 2 is currently underway with Kurtzman having directed the premiere episode.

Also under the agreement, CBS Television Studios will have exclusive rights to produce all television content created and developed by Kurtzman and Secret Hideout for the next five years. Heather Kadin serves as president of Kurtzman’s company, and Aaron Baiers is senior vice president of television. Kurtzman and Secret Hideout currently produce the CBS shows “Hawaii Five-O,” “Salvation,” and “Instinct.”

“There is a very short list of writer-producer-directors that every film and television studio wants to be associated with, and Alex and his Secret Hideout team are always at the top,” said David Stapf, president of CBS Television Studios. “His talent, taste and ability to shepherd a successful project is unparalleled. Alex has done remarkable work for our Studio, dating back seven years to the launch of ‘Hawaii Five-O,’ and we are thrilled that he, Heather and their team will be partnering with us for a long time to come.”

In addition, Kurtzman and Secret Hideout will develop new, non-“Star Trek” original series across broadcast, cable and streaming platforms. As part of this process, Secret Hideout will expand its production operation, adding diverse voices and cultivating new creative talent to align with the company. Sources also say that CBS Television Studios will bring on a new executive specifically to oversee the “Star Trek” projects on the studio side.

The news of Kurtzman’s new deal comes just days after he was named showrunner on “Discovery” Season 2 following the ouster of co-showrunners Aaron Harberts and Gretchen J. Berg. That increases Kurtzman’s power in the “Star Trek” universe both on the TV and film side. He previously co-wrote the screenplays for the 2009 film “Star Trek” and the previously mentioned “Into Darkness.” He was also an executive producer on “Star Trek” and served as a producer on “Into Darkness” and “Star Trek Beyond.”

“Heather, Aaron and I are thrilled to continue Secret Hideout’s amazing partnership with CBS Television Studios,” said Kurtzman. “Since our first collaboration with ‘Hawaii Five-O’ almost a decade ago, Les [Moonves], David, and the full team at CBS Studios have been our foremost collaborators and champions, treating each project with integrity, supporting the creative visions and working breathlessly to make each episode of every show the best it can be. CBS has also allowed us the great pleasure of reintroducing the world of ‘Star Trek’ audiences new and old, and we are very excited to keep working alongside them to expand that world.”

Kurtzman is repped by CAA and Gendler & Kelly.