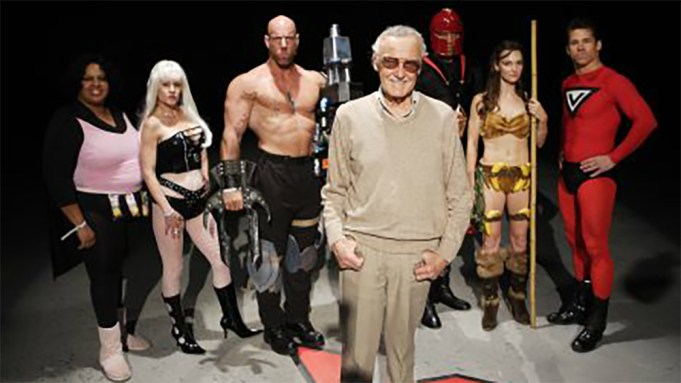 Stan Lee, the industry legend who died on Monday at the age of 95, had his name on numerous TV series over the years thanks to the deep archive of characters that he created. But one of the most extensive projects Lee did as an on-camera personality was the reality show “Who Wants to Be a Superhero,” which ran on Sci Fi Channel (prior to its rechristening as Syfy) in 2006 and 2007.

The series was a perfect reflection of Lee’s legacy and influence in bringing together 12 everyday people who jumped at the chance to craft their own superhero personas and compete for the opportunity to be part of a Stan Lee-penned comic book.

The show drew a diverse group of contestants who fired up their imaginations to bring to life characters such as Rotiart (a 27-year-old man from Los Angeles), whose superpower was an ability to record his surroundings and replay it on a screen on his chest. Lemuria (a 30-year-old woman from L.A.) drained energy from people, plants, and animals to help her fight crime. Fat Momma (a 42-year-old from L.A.), whose spandex costume was enhanced by doughnuts, could grow to 12 times her size when necessary. Major Victory (a 38-year-old man from San Francisco) had super strength and the ability to manipulate sound waves.

Lee served as the only judge on the series. But he was a spectral presence, only appearing on screens and other flat surfaces to deliver challenges designed to test the contestants’ physical, emotional, and intellectual mettle. The awareness that the contestants brought of superhero tropes from decades gone by only underscored the impact of Lee’s work for Marvel Comics and others.

Lee was a natural on camera, “Superhero” producer Bruce Nash recalled. “He loved it, he was quick and funny,” Nash told Variety. But he didn’t have the killer instinct of many reality show overlords when it came time for the elimination round. Lee would instruct the cast-off to “Turn in your costume” to a big trash can, where it would disappear in a puff of smoke.

“Stan was such a nice fellow — he didn’t want to hurt somebody’s feelings,” Nash said. “He always seemed to have kind words for somebody that was being sent home. And that’s the way he was offscreen.”

Nash couldn’t believe his good fortune when mutual associates connected him with Lee for the show. The two developed the format together. It was not a hard sell to Sci Fi as soon as they heard that Lee was involved on camera.

“We started out by figuring what attributes it would take to be a superhero — bravery, courage, selflessness, and then we created our challenges around those traits to see if they had what it takes,” Nash said. “We had so much fun. He just had that spark.”

Lee was unfailingly collaborative and encouraging, Nash said. And he never wore the magnitude of his work or achievements on his sleeve.

“He was a people person,” Nash said. “Aside from his genius, he was just so nice. He was interested in other people. He always wanted to know what your life was like. He wasn’t a bragger. He never boasted about himself.”

Lee was in his early 80s at the time that “Superhero” was lensed. His energy belied his years, Nash said. And he was always touched at the demonstrations of respect and affection from the contestants.

“He was a hero to them,” Nash said. “There are people who just make you feel good to be with them. Stan Lee was like that,”

“His enthusiasm, his drive, and his love of what he was doing was infectious,” he added.