‘She-Ra’ Reboot Star on Backlash: ‘People Should Know Not to Criticize Women’s Bodies’ 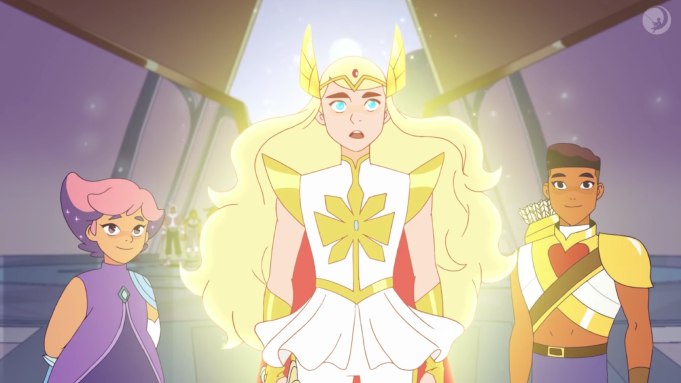 When first images of DreamWorks Animation’s She-Ra reboot were released back in July, a few (vocal) fans were upset. Complaining about the new style and look, their online upset generated a bit of attention. But the modern day creators have had it with the sexist commentary from the Internet. And they’re not backing down.

“Boyish lesbian re-images SHE-RA as a boyish lesbian,” mocked one user in a now-deleted tweet. Another opined, “Netflix is clearly afraid of She-Ra looking like a beautiful woman.”

At the Netflix panel for “She-Ra and the Princess of Power” Thursday at New York Comic-Con, Aimee Carrero (“Elena of Avalor”), who voices the titular character, called the comments sexist but “easy to ignore.”

“It’s 2018 and we’re commenting on women’s bodies still?”Carrero said. “We’re still doing that? Haven’t we learned enough? So it’s kind of boring, to be honest, and easy to ignore.”

Noelle Stevenson, the show’s creator, also said it was unfair to focus on negative reactions as she has found the reception to be overwhelmingly positive.

“We have this wall of fan art in the office that we’ve been adding to, whenever new fan art comes in and it’s exploded. That’s so much of what I’ve seen in response and by comparison, the naysayers haven’t been the loudest voice,” Stevenson said. “So I think, when I get that question, I’m kinda just like, ‘Why are those the voices that we center? Why are those the opinions that we raise up, above other opinions?’ I’m interested in that.”

What more, nitpicking appearances misses the core of the show, which is about female empowerment.

“Sure, it’s easy to shoot the rhetorical fish in this barrel by pointing out that grown men shouldn’t sexualize kids’ cartoons. But I think it goes further than that,” a Twitter user pointed out. “It’s about what She-Ra teaches children about how girls should look. A show that is for girls should be teaching girls that they are worthy of respect no matter how they look.”

The majority of voices online seem to not only defend the reboot, but applaud the new narrative given to the character, which was evident in the new trailer released at the convention (above).

“She-Ra and the Princesses of Power” premieres on Netflix on Nov. 16.