Continue to Variety SKIP AD
You will be redirected back to your article in seconds
Apr 22, 2018 6:44pm PT 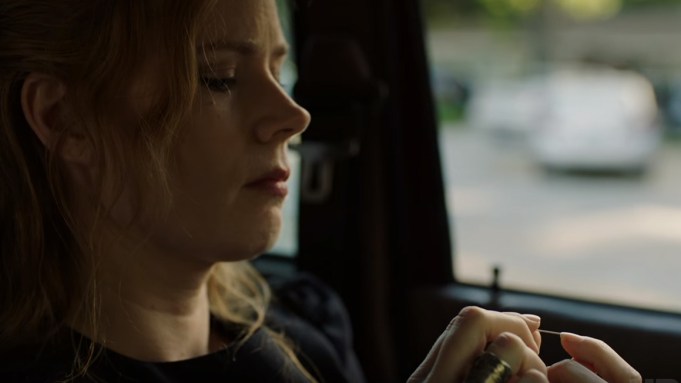 You can’t go home again — or can you?

Amy Adams reluctantly finds herself proving the old adage wrong in the first trailer for HBO’s adaptation of Gillian Flynn’s “Sharp Objects,” which was released ahead of the premiere of “Westworld” season 2.

“Ma says she saw a ghost once,” a voice narrates, likely Adams’ character’s younger sister. “I’m not scared of them ghosts. Are you?”

The trailer shows key elements of the upcoming mini-series, including Adams as Camille Preaker, and her mother, portrayed by Patricia Clarkson. The dark and dangerous nature of the source material is hinted at with a creeping soundtrack and ominous imagery.

Adams plays Preaker, a journalist who returns to her hometown after being given an assignment into two homicides. As she investigates, dark events from her past begin to surface.

The trailer also revealed when “Sharp Objects” will drop at HBO — viewers can look forward to a July release date, though a specific day hasn’t been announced.

The series marks five-time Oscar nominee Amy Adams’ first major television role. She last appeared in a recurring role in the first season of “The Office” over a decade ago.

Flynn also wrote “Gone Girl,” which was adapted into a film starring Rosamund Pike and Ben Affleck in 2014.