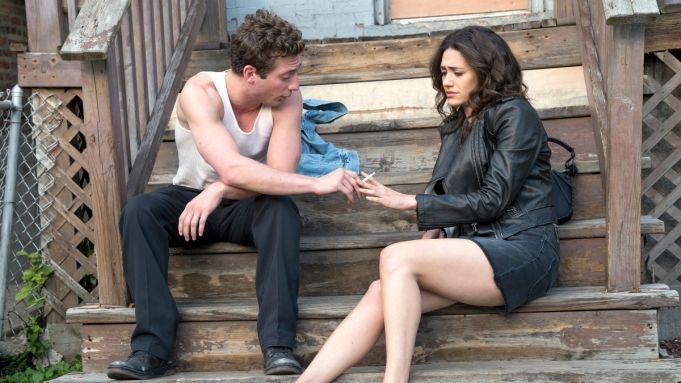 Fans of “Shameless” aren’t the only people saddened by Emmy Rossum’s departure from the Showtime series.

However, Allen doesn’t blame Rossum for leaving. “I can’t fault Emmy. I think she’s ready to leave,” he said. “They’ll never be able to find actors that can fill her shoes, so we’ll just have to keep trying.

Rossum announced her departure from the show in an open letter posted to Facebook last month. In it, she wrote that the role of Fiona was a “gift” before telling fans, “I know you will continue on without me, for now. There is much more Gallagher story to be told. I will always be rooting for my family. Try not to think of me as gone, just think of me as moving down the block.”

Showtime later confirmed Rossum’s announcement with its own statement from head of programming Gary Levine.

“We were saddened when Emmy Rossum let us know that the upcoming ninth season of ‘Shameless’ would be her last,” Levine said. “But we are filled with an overwhelming sense of joy and gratitude for Emmy’s inspired work on our series, of course in front of the camera but also behind it. Fiona Gallagher will always be one of Showtime’s iconic characters, and we applaud Emmy for bringing this character to life in such a natural, touching and fearless performance. On behalf of everyone at Showtime and her millions of fans, we thank you Emmy!”

The show’s ninth season is scheduled to premiere Sept. 9.