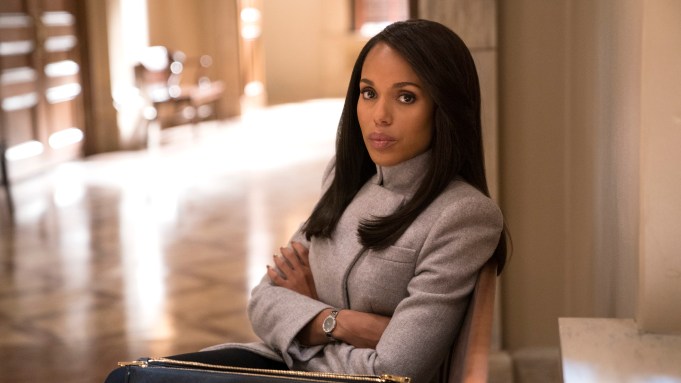 As the series finale for “Scandal” nears, ABC has released a video featuring the cast discussing their experiences on the hit Shondaland show and thanking fans for their support over seven seasons.

“There’s not a single feeling I haven’t had about the show ending,” series star Kerry Washington says in the clip.

While some make predictions about what they think will happen to their characters in the last few episodes, Washington says, “The only human that’s guaranteed to have a happy ending at the end of ‘Scandal’ is [creator] Shonda Rhimes.”

The retrospective serves as a thank you to the show’s fans, known as Gladiators, many of whom have avidly interacted with the cast on social media throughout “Scandal’s” run.

“There’s a family that you’re born into and they are families that you find, and this is a family that found me, and I’m really grateful,” Washington says. “Anytime somebody comes up and says, ‘Oh I loved that show, I watched that show,’ I’ll say ‘Well thank you for those seven seasons.’ We’ll see where this story ends.”

Scandal returns on March 29 for its last four episodes, with the final episode airing on ABC on April 19.