Sarah Silverman Says Louis C.K. Masturbated in Front of Her With Her Consent 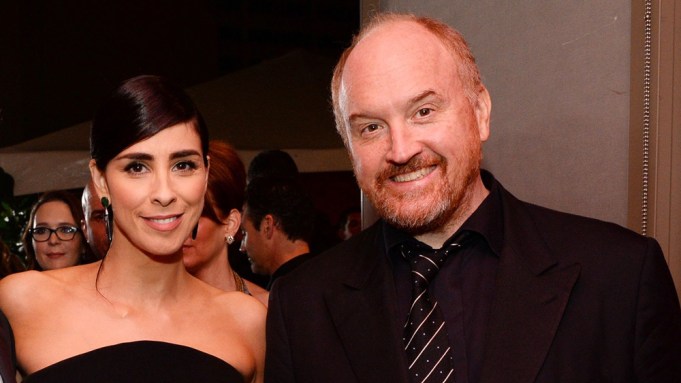 “I don’t know if I’m going to regret saying this,” Silverman said. “I’ve known Louis forever, I’m not making excuses for him, so please don’t take this that way. We are peers. We are equals. When we were kids, and he asked if he could masturbate in front of me, sometimes I’d go, ‘F— yeah I want to see that!’ … It’s not analogous to the other women that are talking about what he did to them. He could offer me nothing. We were only just friends. So sometimes, yeah, I wanted to see it, it was amazing. Sometimes I would say, ‘F—ing no, gross,’ and we got pizza.”

Silverman used the story as part of her explanation for why she believed C.K. didn’t understand the implications of his actions, pointing to his sudden fame and his inability to grapple with the newfound power that came with it.

“I’m not saying what he did was okay. I’m just saying at a certain point, when he became influential, not even famous, but influential in the world of comedy, it changes,” she said, echoing past statements in which she addressed the scandal. “He felt like he was the same person, but the dynamic was different and it was not okay.”

“You’re right — you were equals and he f—– with you and it’s not ok. I’m sorry, friend. You are so talented and so kind,” Silverman wrote. Corry called C.K. “a predator who victimized women for decades and lied about it.”

Rebecca I’m sorry. Ugh this is why I don’t like weighing in. I can’t seem to do press 4 my show w/out being asked about it. But you’re right- you were equals and he fucked with you and it’s not ok. I’m sorry, friend. You are so talented and so kind.

“I’m not saying everyone should embrace Louis again,” Silverman said of C.K. during the Stern interview. “I believe he has remorse. I just want him to talk about it on stage. He’s going to have to find his way or not find his way.”

Sarah Silverman has addressed the sexual misconduct allegations waged against C.K. in the past, saying she was conflicted about the situation.

“He wielded his power with women in f—ed up ways, sometimes to the point where they left comedy entirely,” she said. “I could couch this with heartwarming stories of our friendship and what a great dad he is, but that’s totally irrelevant, isn’t it? Yes, it is. It’s a real mindf—, because I love Louis. But Louis did these things. Both of those statements are true. So I just keep asking myself, ‘Can you love someone who did bad things? Can you still love them?'”

This story has been updated with response from Louis. C.K. victim Rebecca Corry and Sarah Silverman’s apology to Corry.