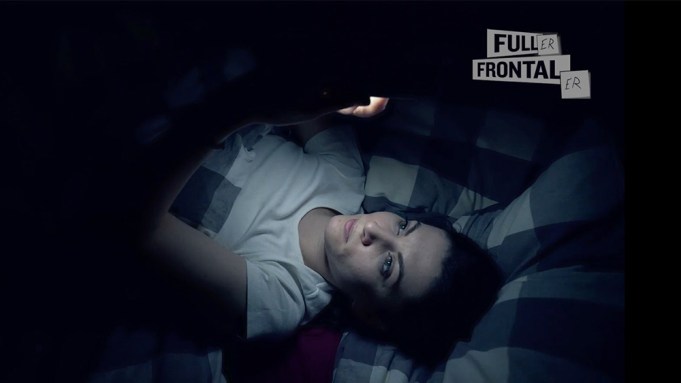 Following Roseanne Barr’s misguided attempt to blame Ambien for her racist comments towards former President Obama aide Valerie Jarrett, “Full Frontal With Samantha Bee” has made an (fake) ad promoting the new side effects of the medication.

The narrator says, “Until you know how Ambien will affect you, you shouldn’t drive in urban areas, operate heavy machinery, or visit a Starbucks.” The parody states that if you’re already racist, Ambien could make the problem worse.

It isn’t for everybody however; the video warns users not to take it if they’ve ever wondered why there isn’t a white history month, used the phrase ‘I’m not racist but,’ or if they’ve tweeted racist things to their boss in the past.

Those under the influence of a nationalist ideology should be cautious when using Ambien, as the drug may make the condition worse. The commercial lists a number of extremely common side effects, including “clutching your purse as a person of color walks by” and “threatening to call ICE.”

It advises potential users to talk to their doctors about Ambien, as calls to the police to warn them about “that man who’s just standing there alone” may increase during use. The video ends with the tagline “A great night’s sleep and a convenient excuse are just one little pill away.”