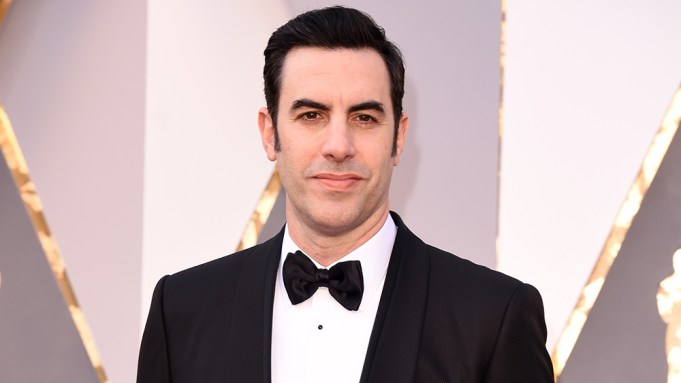 Sacha Baron Cohen is eyeing a return to the type of TV that made him a star.

Baron Cohen is in talks with Showtime to distribute a new series in which he will star, sources tell Variety. The format is said to be similar to Baron Cohen’s “Da Ali G Show,” which aired on Channel 4 in the U.K. and HBO in the U.S. Baron Cohen teased the project on July 4, releasing a cryptic video via social media that said, in part, “He’s back as you’ve never seen him before.”

The video also featured real footage of Donald Trump insulting Baron Cohen and ends with the logo of the now-defunct Trump University. Other than Trump, Baron Cohen could also be targeting other celebrities. He was reported to have filmed a stunt with O.J. Simpson in his Las Vegas hotel room in February.

A message from your President @realDonaldTrump on Independence Day pic.twitter.com/O2PwZqO0cs

Details of the project beyond Baron Cohen’s involvement are still sketchy. It’s believed that at least one or two episodes have already been produced or at least roughly assembled. Showtime declined to comment. Reps for Baron Cohen could not immediately be reached for comment.

Each of the three characters from “Da Ali G Show” eventually got their own movie, with the most successful being “Borat: Cultural Learnings of America for Make Benefit Glorious Nation of Kazakhstan.” Baron Cohen has said that he has retired all three characters, as they had become too familiar to people, meaning they will likely not appear in the new series.

The prospective Showtime series marks Baron Cohen’s second television project in recent months. In April, it was announced he has been cast in the lead role of the Netflix limited series “The Spy.” He will play real-life spy Eli Cohen, who performed espionage for Israel in Syria in the early 1960s.

Baron Cohen has primarily worked in film since the end of “Da Ali G Show.” In addition to films like “Borat” and “Bruno,” he has starred in comedies like “Talladega Nights: The Ballad of Ricky Bobby,” the “Madagascar” franchise, and “The Dictator.” He also had roles in “Sweeney Todd: The Demon Barber of Fleet Street” and “Les Misérables.”