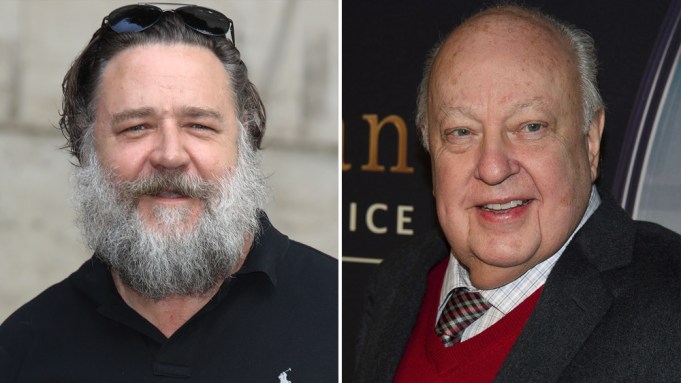 Showtime has ordered an eight-episode limited series starring Russell Crowe as the late Fox News chief Roger Ailes. Based on writer Gabriel Sherman’s book “The Loudest Voice in the Room,” the limited series will tell the story of Ailes and his fall from atop Fox News amid sexual harassment allegations. Sherman co-wrote the first episode of the limited series with Tom McCarthy (“Spotlight,” “Win Win”).

“In many ways, the collision between the media and politics has come to define the world we live in today,” said Showtime Networks president and CEO David Nevins. “We’ve seen this phenomenon depicted on screen as far back as the story of Charles Foster Kane, and it finds contemporary embodiment in the rise and fall of Roger Ailes. With Russell Crowe in the lead role, this limited series promises to be a defining story for this era.”

The project would mark the first major U.S. television effort for Crowe, an Academy Award winner whose career launched roughly three decades ago on the Australian soap opera “Neighbours.”

Showtime has been in development with Sherman and Blumhouse  Television on an Ailes project for more than a year. The limited series is a co-production of Showtime and Blumhouse television.

McCarthy, Blum and Alex Metcalf will serve as executive producers alongside Marci Wiseman and Jeremy Gold for Blumhouse Television